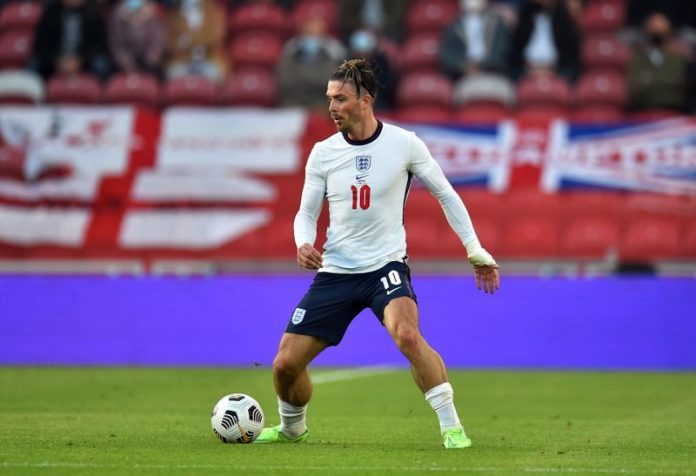 (Reuters) – Jack Grealish was the most-fouled player in the Premier League last season and the playmaker said he to happy to “take the kicks” at the European Championship if it gives England opportunities with free-kicks.

The 25-year-old Aston Villa captain, who played a part in Bukayo Saka’s goal in the 1-0 friendly win over Austria, is part of Gareth Southgate’s squad for the Euros, which begin on June 11.

“I take the kicks as a compliment – not so much for Villa because we haven’t got that many good free-kick takers,” Grealish told British media.

“But we’re blessed with them for England. The standard here when we do free-kicks after training is just unbelievable.”

Grealish said he relished the number 10 role, where Southgate played him against Austria, and said he was linking up well with striker Harry Kane.

“I love that number 10 role,” he said. “I’ll play anywhere, off the left or right, but that number 10 … I don’t think there is anyone better in the world to play with in front of you than Harry Kane.

“I feel we have a good connection in training and in games.”

Tennis: Tennis-‘Look at her now’: Goolagong always knew Barty was Australia’s next champion

Google indicators 5-year deal to pay for information from AFP

Change in portfolio not a downgrade, says Takiyuddin