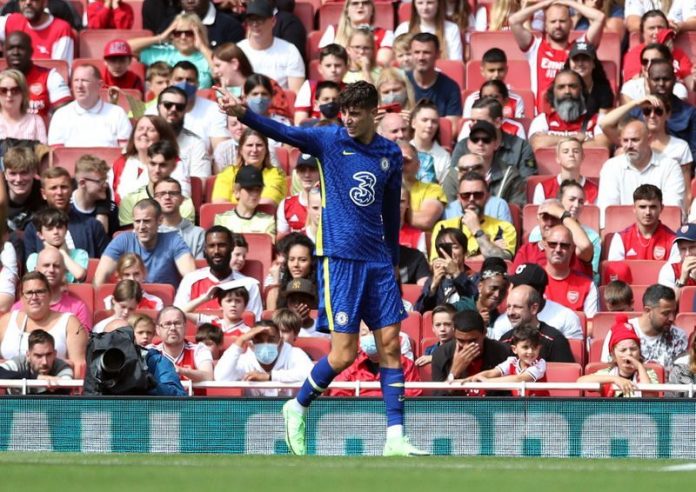 The 22-year-old German, who ended a difficult first season at Chelsea on a high by scoring the winner in the Champions League final, grew up close to where the deadly floods hit.

As well as making a 200,000 euro ($233,520) donation, Havertz came up with the idea of supporting Red Cross Germany by auctioning the boots, a pair of which he will be wearing in the Premier League game at Arsenal on Sunday.

“We just want to raise money with it, so that people can buy the shoes, and the boot is maybe a symbol of my support and my respect to people who lost everything,” Havertz said.

The boots, designed by Havertz, sport the green, white and red colours of the flag of North Rhine-Westphalia which bore the brunt of the floods which left at least 180 dead and hundreds homeless.

Havertz, who comes from Aachen, said that while the floods are no longer front page news, their impact is still being felt.

“My family lives in the area and we know that there are so many homeless people. They lost everything and they don’t have a place to sleep, or there are houses without electricity and people that don’t have food or clothes.”