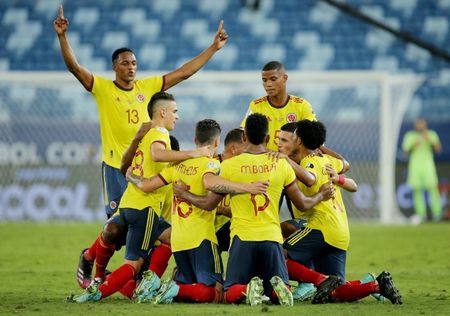 CUIABA, Brazil (Reuters) – Colombia got their Copa America campaign off to a winning start with a scrappy 1-0 victory over Ecuador on Sunday, with the goal coming from a beautifully choreographed free kick straight off the training ground.

Edwin Cardona scored three minutes from halftime when he started and finished a move that involved deft touches from two other players.

The goal was initially ruled out for offside but that decision was reversed after a review by the Video Assistant Referee.

Ecuador had by far the better of the second half but they could not get the goal that their pressure deserved and fall to the bottom of Group B alongside Venezuela, who lost 3-0 to hosts Brazil in the tournament’s opener earlier on Sunday.

KY’s take on Oyster Mee Suah gets the thumbs up