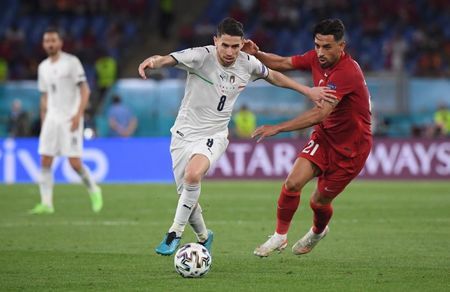 ROME (Reuters) – Italy kicked off the European Championship with a convincing 3-0 victory over Turkey in Group A at the Olympic Stadium on Friday with Ciro Immobile and Lorenzo Insigne on target.

Roberto Mancini’s side had been frustrated by Turkey’s defensive approach in the first half but broke through in the 53rd minute when a hard-hit cross from Domenico Berardi flew in off Turkey defender Merih Demiral for an own goal.

The Azzurri, now unbeaten in 28 matches, doubled their lead in the 66th when Leonardo Spinazzola’s drive was parried by Turkey goalkeeper Ugurcan Cakir but Immobile reacted well to slot home the loose ball.

Insigne made it 3-0 in the 79th minute with a confident, curling finish after some sloppy defending from the disappointing Turks.

Switzerland and Wales face each in the group’s second game in Baku on Saturday.

No need to rush to reopen business today — Saifuddin