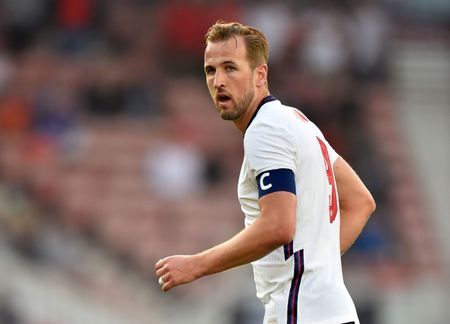 (Reuters) – Tottenham Hotspur chairman Daniel Levy said he shares the frustration of Harry Kane over their lack of titles but will do what is right for the club in the transfer market, amid media speculation that the talismanic striker wants to leave.

British media have reported that Kane, who has been at Spurs since coming through their youth academy, has asked for a switch away from the club to fulfil his desire to win trophies and compete in the Champions League.

Kane has a contract with the north London club until 2024, which could prove to be a stumbling block for a team looking to sign the 27-year-old, who is valued at over 100 million pounds ($140 million).

“I’m never going to talk specifically about any individual player in public,” Levy said on the club’s website. “All I would say is his frustrations in us not winning are shared by me and I’m sure all the fans and players. Clearly, we all want to win.”

Spurs on Saturday named former Juventus sporting director Fabio Paratici as managing director of football, tasking him with managing and developing sporting operations at the club, facilities and footballing infrastructure.

“One of the items Fabio will have to deal with… is which players are going to be retained, which will be asked to look for other clubs,” Levy added.

“There is a market out there. What we want and what somebody else wants isn’t always possible to achieve. We’ll do whatever is right for the club.”

Tottenham, who finished seventh in the Premier League last season under interim boss Ryan Mason after Jose Mourinho was sacked, are currently searching for a new manager.

(Reporting by Shrivathsa Sridhar in Bengaluru; Editing by William Mallard)