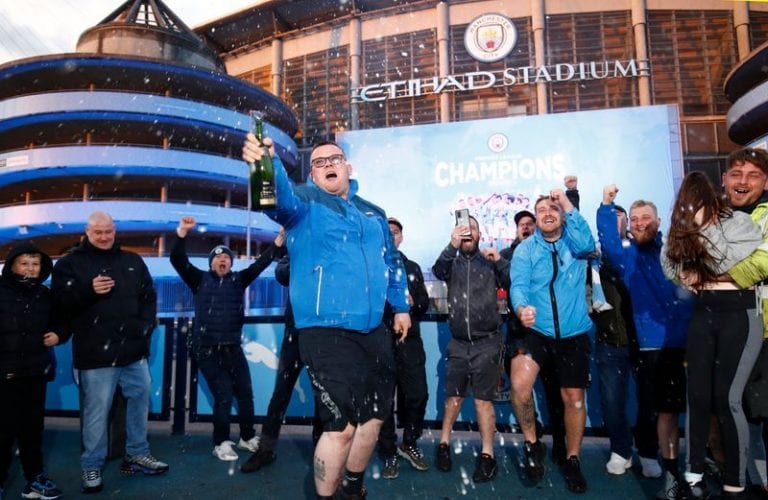 (Reuters) – Manchester City owner Sheikh Mansour will cover flight and transfer costs for a section of their fans to attend the Champions League final against Chelsea on May 29, the Premier League champions said on Tuesday.

The game was due to be played at the Ataturk Stadium in Istanbul but was moved to the Estadio de Dragao in Porto after Turkey was added to the British government’s red list due to the COVID-19 pandemic.

City said in a statement that Mansour would fund the official club trip to Porto, adding that the initiative would benefit “thousands of City supporters”.

City and Chelsea are each allowed to take 6,000 supporters to Portugal for the final, with the change in venues allowing fans to attend without having to quarantine on their return.

Supporters will, however, have to complete the trip within 24 hours of the final and meet additional costs for COVID-19 tests, while remaining in a bubble during their stay in Porto.

“Pep and the team have had such a remarkable season and their reaching the Champions League final after a very challenging year represents a truly historic moment for the club,” Sheikh Mansour told the club’s website https://www.mancity.com/news/mens/hh-sheikh-mansour-to-fund-official-club-trip-to-the-champions-league-final-63756936.

“It is therefore incredibly important that as many fans as possible have the opportunity to attend this special game, especially those who have supported Manchester City through good and bad times for so many years.”

(Reporting by Hritika Sharma in Hyderabad; Editing by Christian Radnedge)