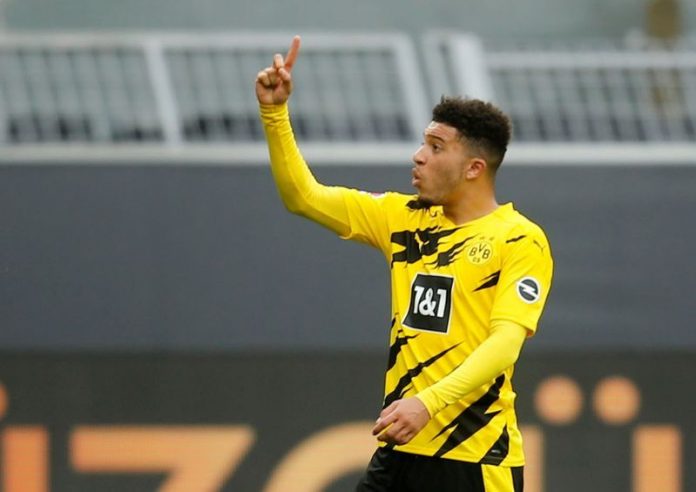 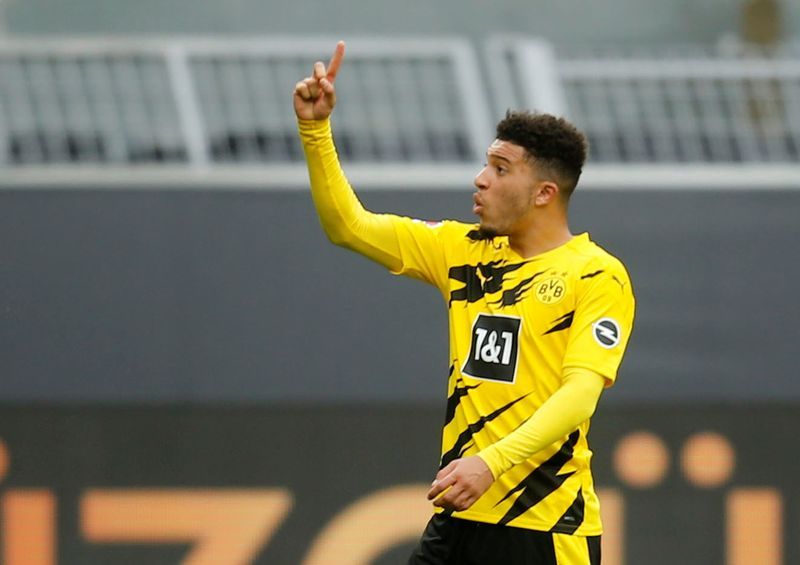 (Reuters) – Manchester United have agreed a deal in principle to sign England winger Jadon Sancho from German side Borussia Dortmund for a fee of around 73 million pounds ($101 million), Sky Sports reported on Wednesday.

The 21-year-old had emerged as United’s number one transfer target last year, with British media reporting that the Premier League side had bid around 100 million euros ($118.5 million) then, but the deal did not go through.

Sky Sports reported that personal terms between Sancho and the Premier League giants had been agreed, with the player set to join them after England’s European Championship campaign, subject to passing a medical.

Sancho has hardly featured in England’s run to the Euro 2020 quarter-finals, playing only six minutes as a substitute in their 1-0 Group D win over Czech Republic. Gareth Southgate’s side take on Ukraine in the last eight on Saturday.

The pacy Sancho has made more than 100 appearances for Dortmund since joining them from Manchester City in 2017 at the age of 17 and had signed a contract extension to 2023 in August.

Sancho scored 16 goals and made 20 assists in 38 games for Dortmund in all competitions in the 2020-21 season. He helped Dortmund qualify for the Champions League with a third-placed finish in the Bundesliga.

Ole Gunnar Solskjaer’s United are looking to boost their attacking options to challenge for the Premier League title after finishing in second place, 12 points behind champions Manchester City last season.

Covid-19: Single dose vaccines to be given to the homeless in Sabah through outreach...

Carlsberg in for the long haul