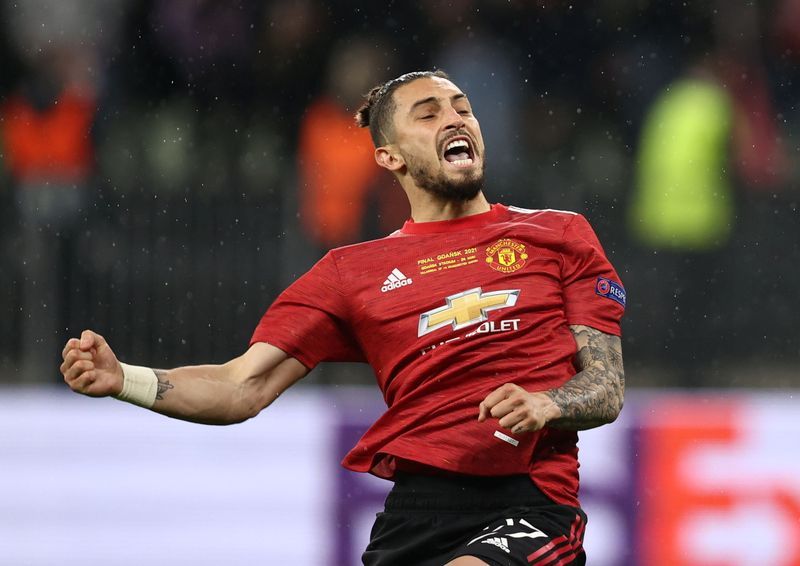 (Reuters) – Manchester United defender Alex Telles has returned to training and will be in the squad to face West Ham United in the League Cup on Wednesday, while 19-year-old forward Anthony Elanga will also be involved, manager Ole Gunnar Solskjaer said.

Telles, 28, has been sidelined since sustaining an ankle injury during pre-season training in July. The Brazilian left back was second choice to Luke Shaw last season and made 24 appearances across all competitions.

“Anthony was terrific in pre-season — his attitude, his enthusiasm, his directness. I love to see players like this,” Solskjaer told the club’s website ahead of Wednesday’s game at Old Trafford.

“He was disappointed not to travel down to West Ham (on Sunday) but he scored for the Under-23s and now he’s ready. He’ll be involved in the squad… Alex has worked well and will be in the squad as well.

“We lost nobody on Sunday so it’s the same squad or same pool of players to choose from. We know it’s early on in the season and some players need minutes to get their proper fitness up so I will make a few changes.”

Solskjaer added Jesse Lingard would start after the midfielder secured all three points with a late winner in Sunday’s dramatic 2-1 Premier League victory at West Ham.