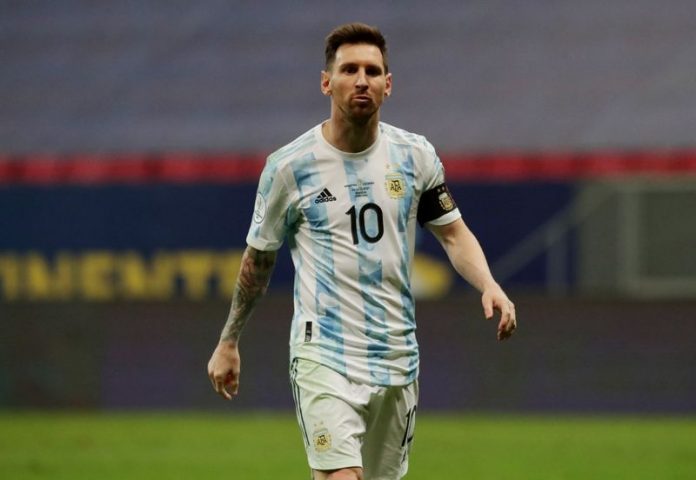 (Reuters) – Brazil-Argentina games always throw up questions but one stands out ahead of this Saturday’s Copa America final in Rio de Janeiro: Can Lionel Messi finally win an international title?

The Barcelona player has won every honour possible at club and individual level and is widely considered to be the greatest player of the 21st century and a strong candidate, along with Pele and Diego Maradona, as the greatest of all time.

But he has never lifted any silverware with Argentina and the question for the 34-year-old is: If not now, when?

“Messi has two chances left,” said Tostao, a World Cup winner with Brazil in 1970. “He has the Copa and the World Cup (in 2022) but the World Cup is difficult.”

There is no clear favourite for Saturday’s game at the Maracana stadium, although Brazil have a slightly better record over the last four weeks and they hold home advantage.

Messi, though, is in scintillating form and leads the tournament in goals and assists. Of Argentina’s 11 goals, Messi has scored four and provided five assists.

“We are seeing an improved version of Messi,” Antonio Mohamed, former Argentina player and now coach of Monterrey, wrote in Ole, an Argentine sports newspaper.

“Every time he touched the ball, three guys would be on top of him in the style of Maradona at his greatest.”

Messi has spoken at length about the dream of winning a title with Argentina and his compatriots know how much an international trophy means to him.

In the past, his team mates were blamed for letting him down, by missing chances in finals or failing to match his superhuman levels of brilliance or focus.

Now, though, he has Argentina’s best team in years around him and there are fewer excuses.

They are not the Argentina of 1978 or 1986 but under coach Lionel Scaloni the side are unbeaten in 19 games dating back to the last Copa America in 2019.

The older heads, like Sergio Aguero and Angel Di Maria, are aware that winning the World Cup is an unlikely scenario and Saturday’s final could be their last hurrah.

The experienced players, and the youngsters who have grown up idolising the man who would become their team mate, know they are playing not just for Argentina but also for Messi and the chance to reward him with the title his performances deserve.

“We are all excited that Argentina can get the title, and that above all it is given to Leo,” said Mohamed.

How Old Elaine Is At The Beginning & The End