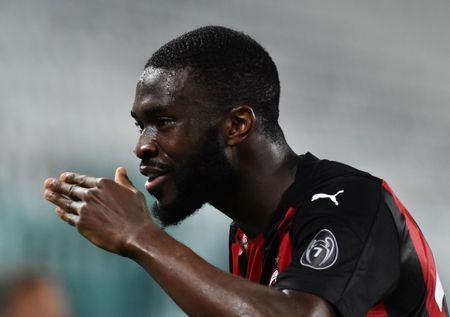 (Reuters) – AC Milan have signed Chelsea’s Fikayo Tomori on a permanent transfer after the defender spent the second half of the 2020-21 season with the Italian side on loan, the Serie A club said in a statement https://www.acmilan.com/en/news/articles/media/2021-06-17/official-statement-fikayo-tomori on Thursday.

Milan exercised the option to make the loan deal permanent and said Tomori will remain with the club until June 2025.

Financial details of the transfer were not provided but British media reported that Milan activated a 25 million pounds ($34.89 million) release clause to sign the defender.

The 23-year-old centre back joined Milan in January and made 22 appearances during his loan spell, helping them qualify for the Champions League with a second place finish in Serie A.

A Chelsea academy graduate, Tomori played 27 times for the west London club in all competitions. His only Premier League appearance in 2020-21 came under Chelsea’s previous manager Frank Lampard before Thomas Tuchel took charge.

Tomori’s impressive performances at the start of the 2019-20 campaign earned him a call-up to the England squad, where he won his only senior cap to date against Kosovo in November 2019.

(Reporting by Hritika Sharma in Hyderabad; Editing by Ken Ferris)

In the US, workers clean Apollo 16 spaceship ahead of 50th anniversary

Rugby: Rugby-Japan prepare for France tests with rout of Uruguay