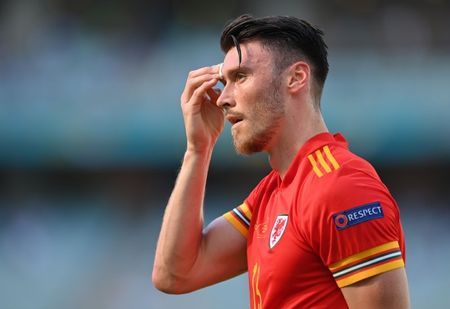 BAKU (Reuters) – Striker Kieffer Moore scored a headed equaliser from a rare chance as surprise 2016 semi-finalists Wales snatched a 1-1 draw against wasteful Switzerland in their European Championship Group A clash at the Baku Olympic Stadium on Saturday.

Moore, who had a first half opportunity expertly saved by Swiss goalkeeper Yann Sommer, guided the ball into the net on 74 minutes from a Joe Morrell delivery as he ghosted into space left by the static Swiss defence.

Lively forward Breel Embolo had put Switzerland ahead when he showed impressive strength to out-muscle defender Connor Roberts from a corner shortly after halftime. They also had a late goal by Mario Gavranovic correctly ruled out for offside.

Italy lead the group after their impressive 3-0 victory over Turkey in the tournament opener on Friday and will host the Swiss in Rome in their second game on Wednesday. Wales stay in the Azerbaijan capital to face the Turks on the same day.