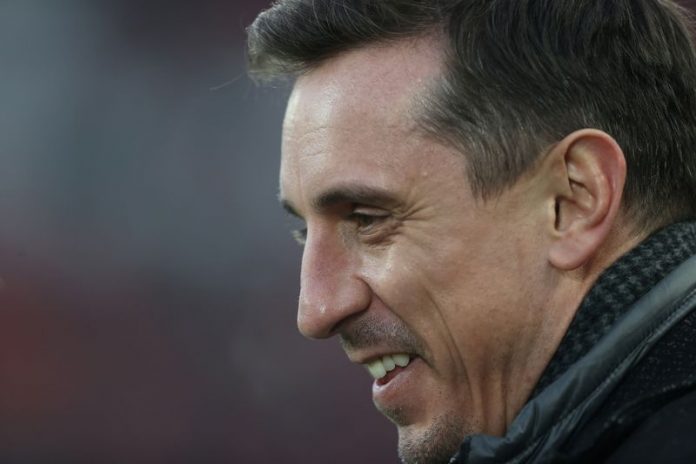 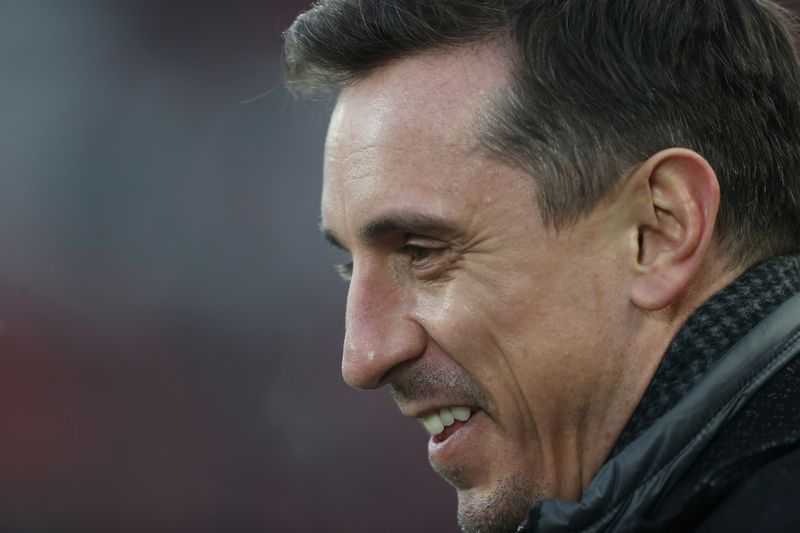 (Reuters) – Gary Neville called for a national celebration after England reached a major final for the first time in 55 years with a 2-1 win over Denmark at Euro 2020 on Wednesday.

Former players and TV pundits were full of praise for Gareth Southgate’s side, who have the chance to add another trophy to England’s 1966 World Cup after beating the Danes in extra time.

“We have never done this before in our lifetimes,” former England defender Neville said on ITV. “We have had so much pain, so much dismay and so much let-down, and now we are going to a final.

“For the next few days those lads have got to focus, but we don’t have to. This country is absolutely bouncing. National holiday, enjoy yourselves.”

Former England striker Gary Lineker said it had “been a long time coming”.

“It’s finally happened. I was doubting I’d ever see it again in my lifetime at one point,” Lineker added.

Former England midfielder Karen Carney described Southgate’s squad as “a family” after they celebrated the win in front of almost 60,000 fans at Wembley.

“They are absolutely all together in this moment. I have got goosebumps,” Carney said on BBC Radio 5 Live.

(video) No fans, no problem as Pliskova leads seeds into US Open second round

Malaysian model wows, as she struts on the runway of Milan Fashion Week

Teamviewer says CFO to give up subsequent 12 months