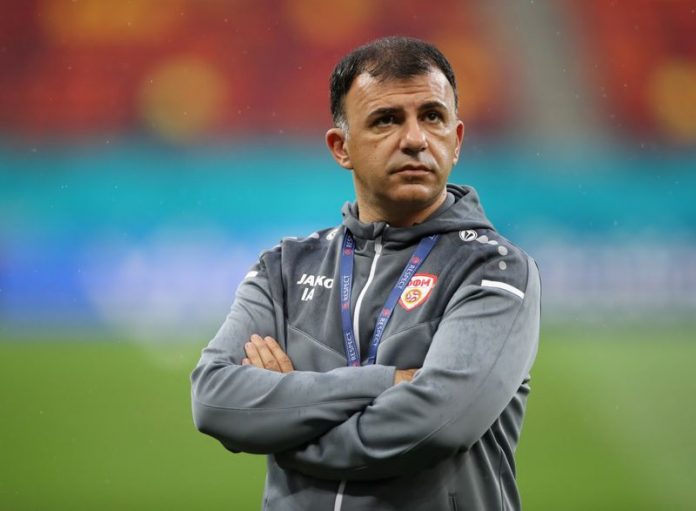 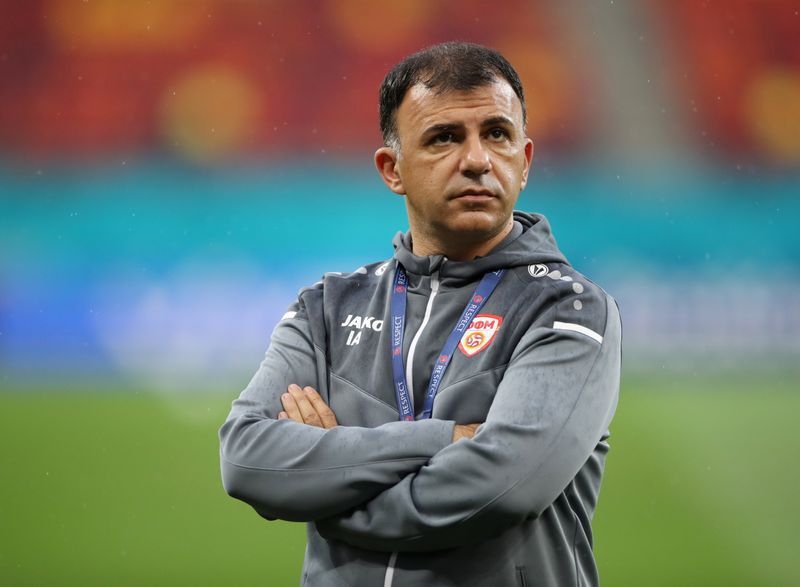 BUCHAREST (Reuters) – Major tournament debutants North Macedonia are under no pressure to reach the Euro 2020 last 16 ahead of their pivotal Group C clash with Ukraine on Thursday, coach Igor Angelovski said.

Both teams are looking for their first wins after the Ukrainians conceded a late goal in a 3-2 defeat by the Netherlands while North Macedonia lost 3-1 to Austria.

“It’s like a final for both sides but we feel no pressure whatsoever while Ukraine will be extremely disappointed if they fail to reach the knockout stages,” Angelovski told a news conference on Wednesday.

“They are a top quality side that showed character to score twice after falling 2-0 behind to the Dutch and they have outstanding individuals in the likes of Andriy Yarmolenko, Oleksandr Zinchenko and Ruslan Malinovskyi.

“But we too came here hoping to advance to the business end of the competition and we have to stay focused. We’re mixing it with Europe’s best teams.”

The North Macedonians held their own for long spells against Austria in Bucharest but were undone by two late goals as they appeared to run out of steam.

Angelovski remained tight-lipped about possible changes to the starting line-up and formation. A thin bench does not give him too many options, although Ivan Trickovski could be preferred to Aleksandar Trajkovski up front.

“We can’t let one defeat sink our mood and being in the Euros for the first time, there isn’t much time for misery or celebrations whatever happens,” he said.

“We are heading into a tough game and we’ll need to produce a top performance to stand any chance of winning. Defensively, two echelons will be required to thwart Ukraine’s attack.”

North Macedonia play the Netherlands in their final group match in Amsterdam on Monday while Ukraine take on Austria in Bucharest.

What Do Chinese Consumers Want? Walmart Can’t Figure It Out.