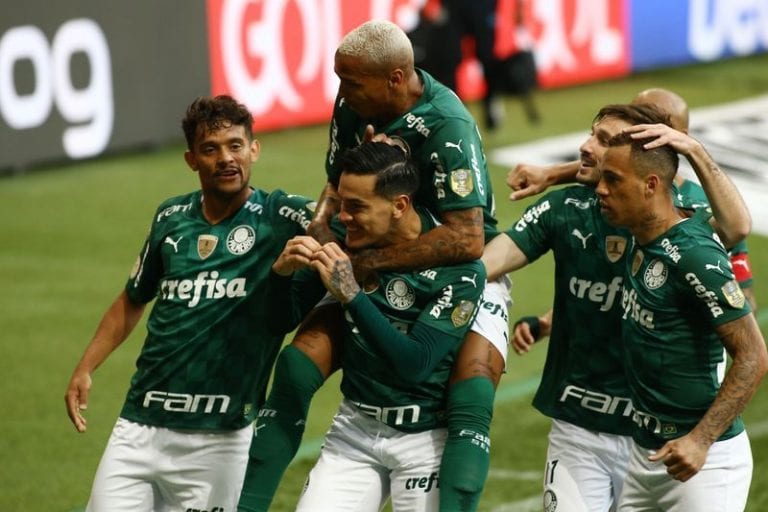 Gomez headed home from a corner after 19 minutes and then Lopes angled in a low shot from the edge of the box three minutes later to put the home side 2-0 up at the break.

Marinho scored a second for Santos from the penalty spot in stoppage time but Palmeiras held on.

Palmeiras have 25 points from 11 games, one more than Bragantino who are playing Athletico Paranaense later on Saturday.

Santos are seventh with 15 points from the same number of matches.