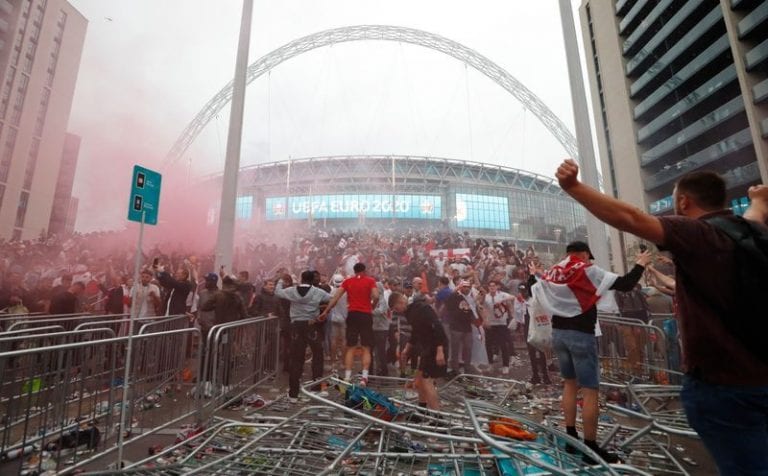 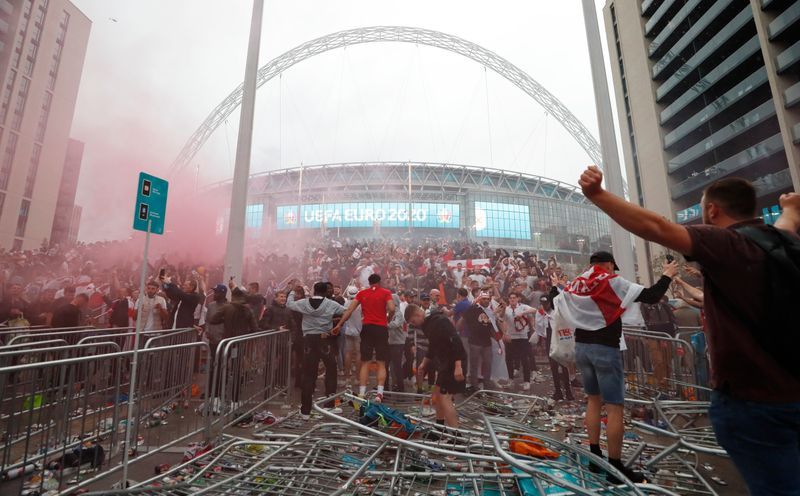 LONDON (Reuters) – The chairman of the UK parliament’s committee for sports issues has asked the head of England’s Football Association for an explanation of the chaotic scenes at Wembley stadium for Sunday’s Euro 2020 final.

Fans, many of whom had been drinking for hours, engaged in unruly behaviour outside the ground and later large groups without tickets breached security cordons, attacking staff and charged into the perimeter area of Wembley before the start of Sunday’s game, which Italy won in a penalty shootout.

British police said 19 of its officers were injured while 86 people, including 53 at the venue, were arrested.

European soccer’s governing body UEFA opened disciplinary proceedings against the FA in relation to the incidents which also included a fan running on the pitch during the game.

“I am shocked and appalled by the violence seen at Wembley for Sunday’s final. These culturally significant events should inspire the next generation, not leave reports of children being terrified,” said Knight.

“We have concerns about whether the preparations for the event were sufficient and are requesting urgent answers from the FA. Given the situation, what planning had been done for people ‘storming’ the stadium?

“We and the public deserve to know what went wrong and how the FA intends to keep people safer in future,” he added.

The Committee has requested details from the FA by July 20 on the preparations taken in terms of security and policing, the numbers of people who forced entry, what action was taken and what training given to stewards.

The FA did not immediately respond to Knight’s statement.