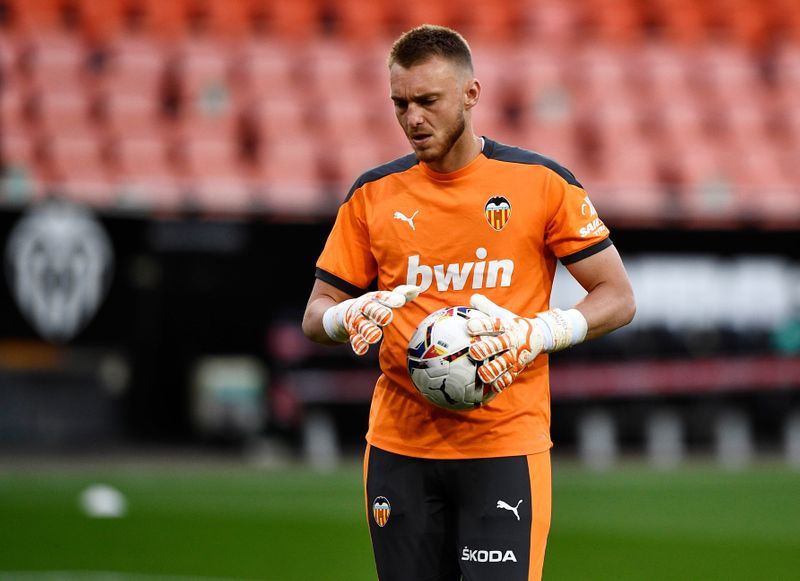 (Reuters) – The Netherlands left first choice goalkeeper Jasper Cillessen out of their European Championship squad after he tested positive for COVID-19 with coach Frank de Boer not prepared to risk how long he needs to recover.

Cillessen tested positive in a control test last week and has gone into self-isolation, missing out the week-long training camp in Portugal where the Dutch are preparing for their Group C matches against Austria, North Macedonia and Ukraine.

De Boer told Cillessen, who plays for Valencia in La Liga, on Tuesday that he could not include the 32-year-old in the final selection list, which had to be submitted to UEFA by midnight.

“I informed Jasper of my decision this morning. Let me start by saying that I find this incredibly sad for Jasper but I had to take the plunge,” said De Boer in a statement.

“He has tested positive for corona and as a result missed an important part of the preparation. We don’t know how long it will take until he is 100% fit again. I don’t want to take any chances in that regard.

“We are on the eve of a European Championship and I want certainty, even if I understand how painful it is Jasper.”

AZ Alkmaar goalkeeper Marco Bizot, who had previously been added to the training camp so that the Dutch could have an extra goalkeeper on hand, is now part of the official squad.

Tim Krul (Norwich City) and Maarten Stekelenburg (Ajax Amsterdam) are the two other goalkeepers in the squad.

Food supply hit ahead of CNY, Ramadan after farms affected by floods

Malaysia ranked 3rd in 2021 ASEAN car sales – how we compared against Thailand,...

Football: Socce-Bruce won’t give up the fight at Newcastle