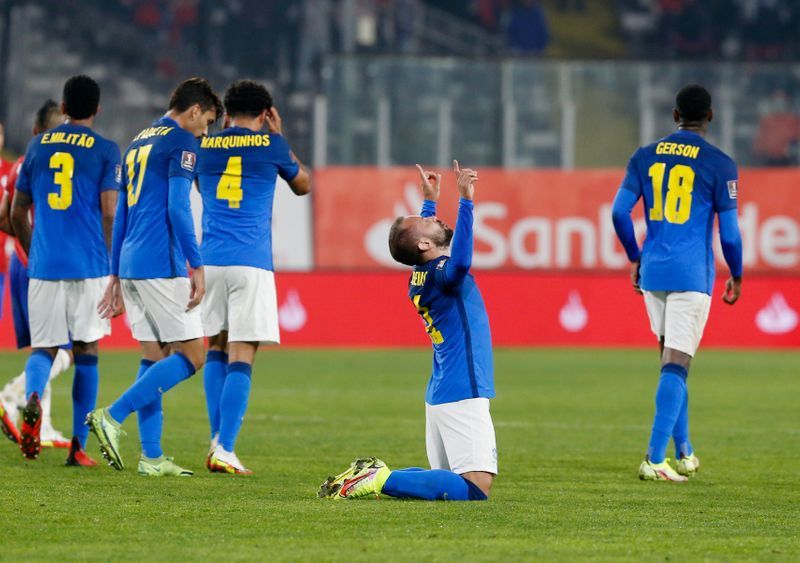 SANTIAGO (Reuters) – Everton Ribeiro came off the bench to score the goal that gave Brazil a barely deserved 1-0 win over Chile on Thursday that maintained their 100% record in 2022 World Cup qualifying.

Chile matched Brazil for most of a bad-tempered match but Ribeiro fired home after 64 minutes to give the visitors all three points.

Brazil have won all seven of their qualifiers so far and the five-times world champions are six points clear of Argentina in the 10-team South American group.

The top four qualify automatically for Qatar and the fifth-placed side goes into an inter-regional playoff.

Other Sports: Olympics-Handball-Norway take bronze with 36-19 win over Sweden