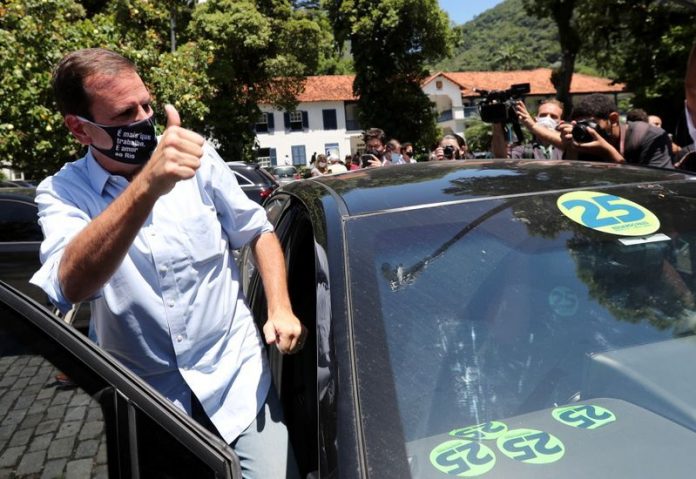 An unhappy Paes said he was not consulted about the last-minute decision to host eight Copa games in Rio and said he would not shirk from using his powers to decree matches must be called off if the health situation deteriorated.

Brazil was unexpectedly named as the host nation on Monday after problems with joint hosts Colombia and Argentina. Colombia was removed amid ongoing civil unrest and Argentina withdrew due to a surge in COVID-19 cases.

Brazil, which is facing its own battle with the pandemic – more people have died in Brazil than in any nation bar the United States – stepped in to save the day thanks to far-right president, and Paes foe, Jair Bolsonaro.

“I don’t even know when the Copa America games are to be played in Rio and if the situation worsens before then and the decree changes, then it changes and that’s that,” Paes told reporters.

“We didn’t ask for the Copa America and if you ask my opinion I think a championship like this is a bit inopportune.”

Paes, however, said that as things stand he would not take any decision to impede the hosting of games in the city. But he warned that strict guidelines already in place would be more rigidly enforced.

Matches in the Brazilian league, the Rio de Janeiro state championship, and continental competitions have taken place in Rio throughout the pandemic.

Although fans were not permitted, friends, family and other guests have swelled crowds at some games into the thousands.

“You know that thing where they bring sponsors and powerful friends, that’s not allowed,” Paes said. “What is allowed is putting 22 players on the field with no fans.”

There is also concern fans will gather before or after games in a repeat of scenes throughout the world.

Employee well-being is now a factor in consumers’ buying decisions

Malaysia, Indonesia agree on ‘One Maid, One Task’