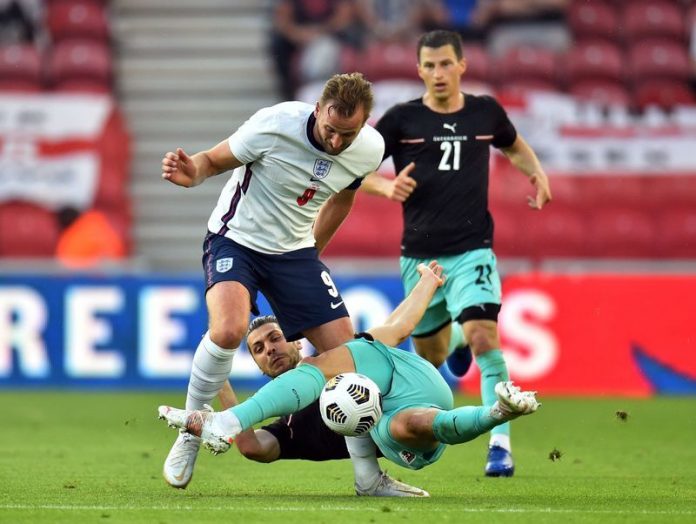 After a tepid and goalless first half in front of some 7,000 fans at Middlesbrough’s Riverside Stadium, the 19-year-old broke the deadlock with a 56th minute tap-in from a tight angle after the ball was deflected on.

The night ended on a worrying note for Southgate as Trent Alexander-Arnold, a much-talked about inclusion as one of four right backs in the squad, hobbled off late in the game.

The player appeared to have pulled a thigh muscle with nobody near him as he kicked the ball with his left foot.

Alexander-Arnold was then booked for returning to the pitch without permission, with England having used up all their substitutes and left with 10 men.

ITV television speculated he had mouthed ‘it’s gone’ as he finally came off.

“It’s not a good sign to see him have to walk off as he did,” Southgate told ITV television. “We’ll know more in the next 24-48 hours.

“Let’s see how Trent is first and then we’ll go from there,” the manager added when asked about possible replacements, with the tournament starting next week.

Forward Jack Grealish also needed an ice pack after he came off in the second half but the player said it was just a bit of stress to his shin and he was not concerned.

Southgate rested Manchester City and Chelsea players after last Saturday’s Champions League final in Portugal, with Jesse Lingard starting a day after being cut from the tournament squad.

White cleared the ball off the line in the 90th minute, after earlier firing a shot just wide, as England lived dangerously.

Jordan Pickford made some confident saves to press his claims to be first-choice goalkeeper, punching the ball clear in extra time and tipping onto the bar as Austria threatened a late equaliser.

“I thought we started very well. We used the ball well in the first hour or so,” said Southgate. “We were playing against a very good team who have got some very good players.

“The first hour was good in terms of quality. After that we needed to make a lot of changes, we needed to preserve people. We got a bit disjointed and a couple were getting cramp.

“We were hanging on at the end but I think it was understandable given all the changes we had to make.”

England play Romania in another friendly in Middlesbrough on Sunday before their Group D campaign starts against Croatia on June 13.

Heathrow arrest after woman says she was raped on flight