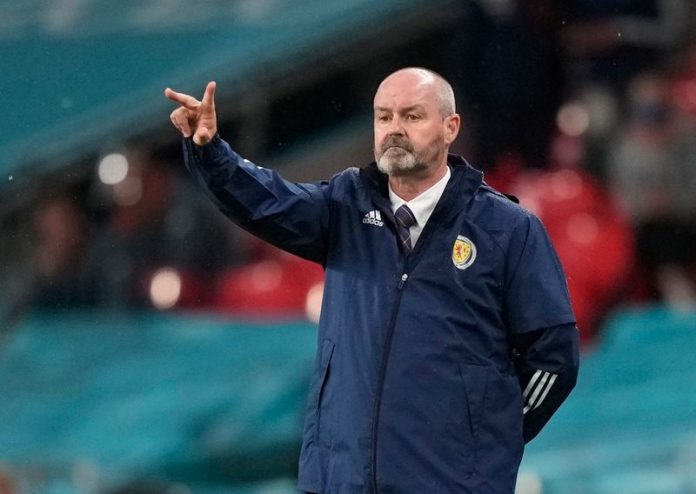 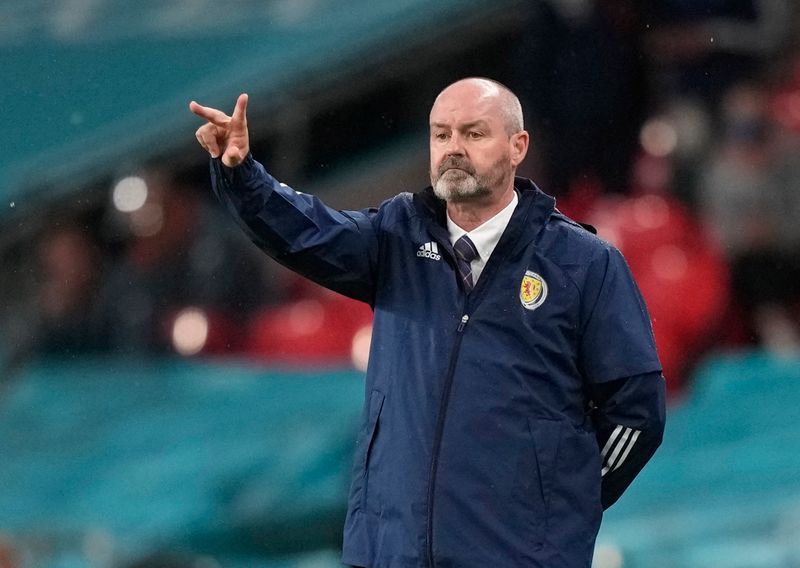 LONDON (Reuters) – Scotland coach Steve Clarke said midfielder Billy Gilmour has a big future ahead of him after the Chelsea youngster put in a fine display on his first start for his country in Friday’s 0-0 draw with England at the European Championship.

Gilmour made his Scotland debut as a substitute against the Netherlands in a friendly earlier this month, but was thrown in at the deep end from the start at Wembley in the eagerly-anticipated Group D ‘Battle of Britain’ clash by Clarke.

The 20-year-old did not look out of his depth as he helped Scotland nullify England to earn a point that gives them a chance of reaching the knockout stages of a competitive tournament for the first time in their history, should they beat Croatia in their final group match on Tuesday.

“There was no risk in starting him when you have a player of Billy Gilmour’s talent,” Clarke told a news conference.

“When you put him on the pitch you expect him to do what he did, which is to get hold of the ball and make us play through midfield. The balance of the rest of the team has to be right to support Billy.

“It was nice for Billy to get that start on the big stage. He is a big player. I have said for a long time he is part of the future of Scottish football. We will try to manage him properly and keep a lid on things. Performances like that will do him no harm.”

Qualification for the last 16 looked to be a tall order after Scotland’s disappointing 2-0 home defeat by the Czech Republic in their Euro 2020 opener on Monday, but Clarke was pleased with the way his side have turned things around.

“It was a little bit unfair what (criticism) came away from Monday’s result, so I am pleased for the players,” he added.

“We played well. We had to be solid defensively, and we had to work hard when England had the ball to stop them creating chances.

“It was also pleasing that we could play through the back, through the midfield and played a lot of good football at times tonight, which was good to see.”

Southern Volunteers to focus on post-flood cleaning in Segamat