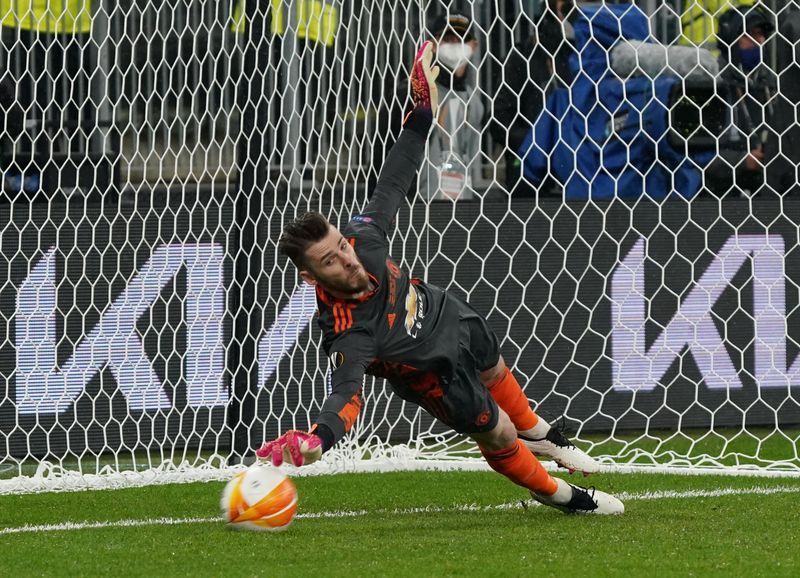 De Gea was the only player to miss his spot-kick in last week’s marathon shootout which ended 11-10 to Villarreal following a 1-1 draw after extra time, while Torres kept his nerve to score as his club won their first ever major trophy.

“He has a strong mind, I spoke with him after the game and this won’t affect him,” said Torres of Dea Gea in a news conference on Wednesday from Spain’s Las Rozas training base, where they are preparing for the European Championship.

“It will stay in the past, I tried to encourage him as best as I could and told him to not to worry about it because this summer he is going to lift a different trophy.”

De Gea is part of Spain’s 24-man squad but has not played for his country since a 1-0 defeat to Ukraine in the UEFA Nations League and is set to fight it out for the number one spot at the tournament with Unai Simon and Robert Sanchez.

Torres has been the subject of intense transfer speculation but he said he was relaxed about his future heading into the tournament, adding that Spain were ambitious about winning the competition despite having an inexperienced squad compared to the sides that won Euro 2008 and Euro 2012.

“We have a squad of veterans and youngsters and we all have to try and be leaders, we’re all capable of doing that,” he said.

“We’re candidates to win the European Championship and we’re ready to do that.”

Donald Trump’s Campaign of Fear Resonates—But Not Necessarily With the Voters Who Will Decide...

UK PM Johnson to wed Symonds next summer: The Sun

Guard and inmate captured after 10-day US manhunt