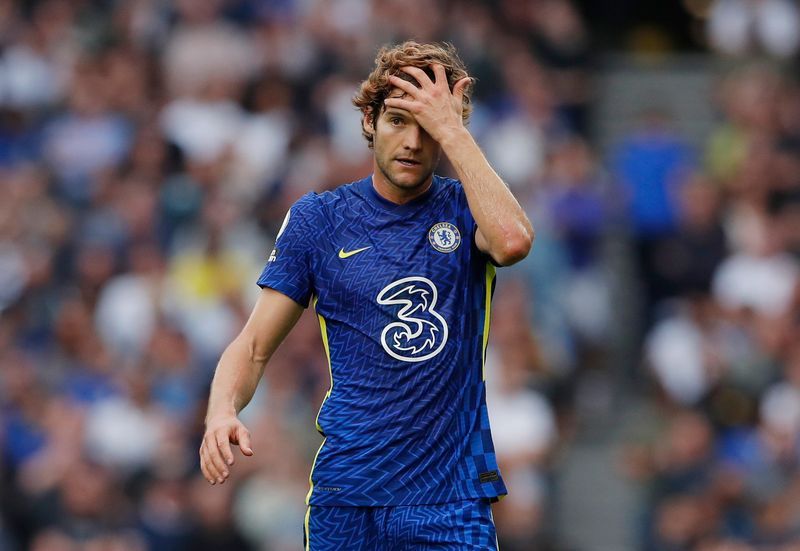 (Reuters) – Chelsea defender Marcos Alonso has stopped taking the knee before matches this season because the anti-racism gesture is “losing a bit of strength”, the 30-year-old said.

Players and staff have been taking a knee prior to kickoff since the league returned to action in June last year to show their support for the Black Lives Matter movement.

Alonso said he has decided to stand while other players kneel and will instead point to the “No Room For Racism” badge on the sleeve of his kit to highlight the issue.

“I prefer to do it this way and, of course, to say very clearly that I am against racism and I respect everybody,” Alonso said after Sunday’s 3-0 Premier League win https://www.reuters.com/lifestyle/sports/chelsea-crush-tottenham-go-joint-top-2021-09-19 at Tottenham Hotspur.

“I think it’s losing a bit of strength the other way, so I just prefer to do it this way.”

Chelsea are joint top of the table after five matches. They host Aston Villa in Wednesday’s League Cup match.

(Reporting by Manasi Pathak in Bengaluru; Editing by Stephen Coates)