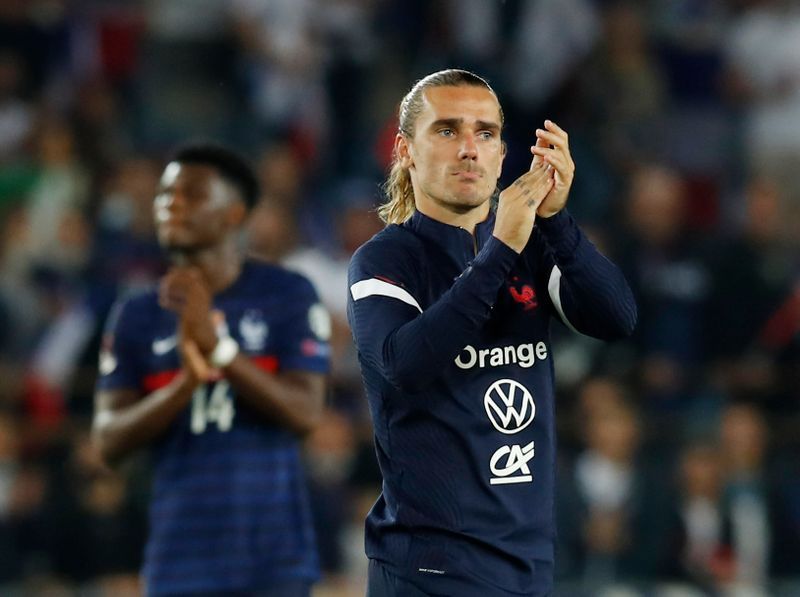 STRASBOURG, France (Reuters) – France were held to a disappointing 1-1 home draw by Bosnia after playing almost half the game with 10 men in a World Cup Group D qualifier on Wednesday.

Nine weeks after their shock loss to Switzerland in the last 16 of Euro 2020, the world champions had Antoine Griezmann to thank for a quick equaliser after Edin Dzeko had put the visitors ahead in the first half.

Didier Deschamps’s side had Jules Kounde sent off for a rough tackle early in the second half and although they dominated possession, they had to be content with sharing the points at Strasbourg’s La Meinau stadium.

France remained unbeaten in four games and lead the group with eight points, four ahead of Ukraine who were held to a 2-2 draw in Kazakhstan earlier on Wednesday.

The French next face Ukraine away on Saturday before hosting Finland next Tuesday while Bosnia, who are fourth on two points from three matches, take on Kazakhstan on Tuesday.

Other Sports: Olympics-Cannabis rules in sport should be reviewed-World Athletics chief