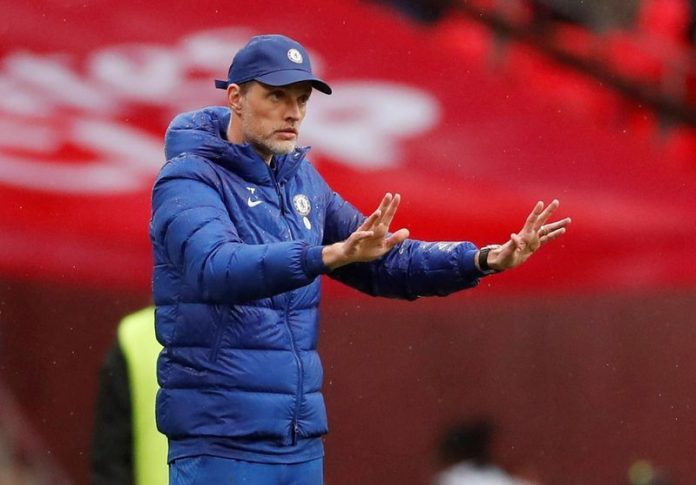 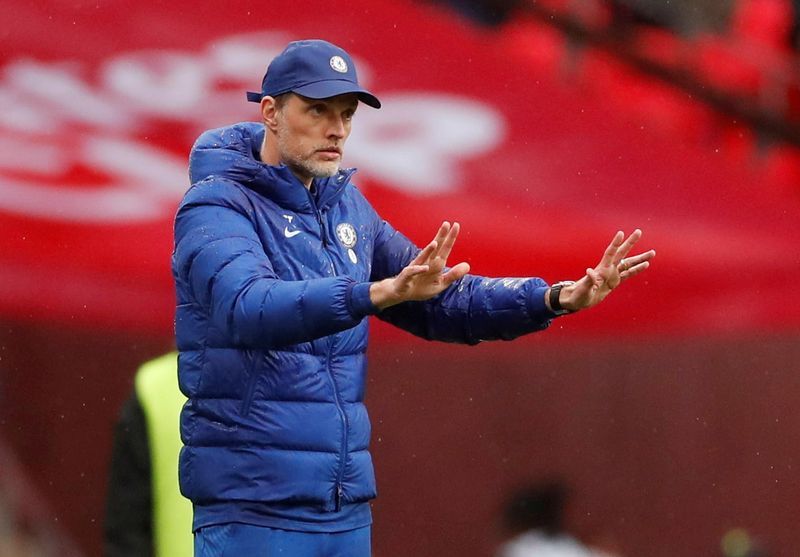 LONDON (Reuters) – Thomas Tuchel said his Chelsea side had taken a big step towards ensuring a top-four finish in the Premier League but offered a note of caution after his team’s crucial 2-1 revenge win over Leicester City at Stamford Bridge on Tuesday.

The win, three days after they lost to Leicester in the FA Cup final, lifted Chelsea above them into third place with 67 points and if they win their last game away to Aston Villa on Sunday they will guaranteed a Champions League berth.

Had they lost they would have likely been faced with the prospect of having to beat Manchester City in this month’s Champions League final to return to the competition next season.

“It felt like a huge effort and a top performance. Don’t get me wrong, it’s a big step but it’s only a step, it’s not done yet,” the German, who has transformed Chelsea’s season since taking over from Frank Lampard in January, said.

“We have to get over the line on Sunday. It was a team effort full of intensity, full of hunger and ambition. We played many, many minutes with a lot of quality.”

Goals from Antonio Rudiger and Jorginho mean a win away to Aston Villa will seal third spot — an amazing turnaround after Chelsea were in mid-table when Tuchel took charge.

“It was in my opinion a well-deserved win but it’s not the time for praise and celebration,” he said. “It’s not the time about philosophy and whether this is more than three points.

“There’s another game to catch on Sunday we’ll be prepared and aware to finish the job.”

For the first time Tuchel was greeted by home fans at Stamford Bridge with the 8,000 allowed in creating a great atmosphere. He said it had made a difference.

“It was a completely different match. Football with spectators and without spectators, you can’t compare,” he said.

“It was amazing and I said to your colleagues it’s exactly what we want. We want everybody happy that comes to the stadium and feels the energy from the team.”

Tuchel also had encouraging news about N’Golo Kante who went off with what looked like a muscle injury in the first half — a worry with the Champions League final looming.

“N’Golo is not injured. He told me — and I understood him right in French — he went out before an injury. He felt his hamstrings and was worried that he would get injured if he continued to play,” Tuchel said.

“Hopefully, NG will come back as we are a different team with NG and without NG. We compensated well without him today.”

Hike in costs of products not as a result of cartels, says Rosol