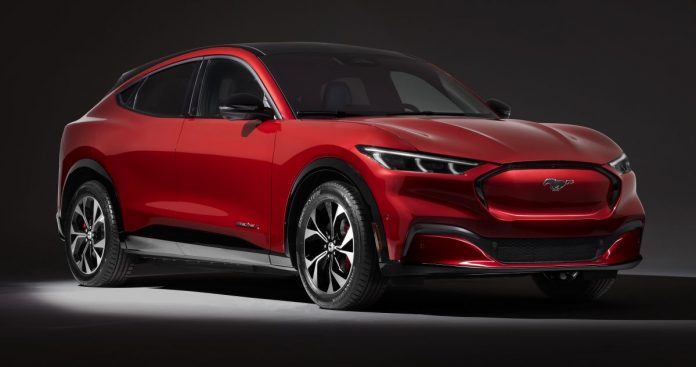 Ford has just reached a new milestone. According to a Bloomberg report, production of the Mustang Mach-E has surpassed the iconic Mustang pony car for the first time at the Blue Oval’s Mexico plant.

So far this year, Ford has built 27,816 units of the Mustang Mach-E, compared to 26,089 units of the sixth-generation Mustang. It’s a popular model in Europe, and in May was the best-selling vehicle in Norway. In the US however, the regular Mustang outsells the Mach-E by a ratio of three-to-one.

CEO Jim Farley said the demand for “Mach-E has been much stronger than we expected, so we’ve totally run out of stock. Mach-E is going global as we speak, but in the US, the wait is months.” One reason as to why the Mach-E is produced at a higher rate is because of how Ford is prioritising resource allocation for its model line-up. As you know, the global semi conductor shortage has forced several automakers to revisit their production strategy, with Ford funneling more chips to produce newer models such as the Mustang Mach-E and Bronco SUV.

“We have purposely protected our launches – Bronco, Bronco Sport, Mach-E, F-150,” Farley said. “If we can switch a module over to one of those launch vehicles, we have. We’re very protective of the launches because they are so important for our business.”

Ford’s Flat Rock plant in Michigan produced zero petrol Mustangs last month because of the shortage. Company sales analyst Erich Merkl said in a email: “We are really excited about the success that we are having with our launch of the all-new Mustang Mach-E, not just here in America, but globally too. To be fair, please keep in mind that Mustang and Flat Rock have been impacted by outside factors, which has been the semiconductor chip shortage.”

Tunku’s ‘Rumah Takdir’, a welcoming home that embraced all Malaysians

Rapper Coolio reprised his role for ‘Futurama’ revival before he died

How to Add a Stats Dashboard On Your WordPress Site