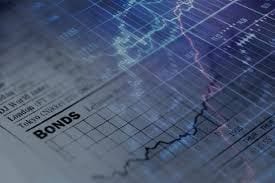 KUALA LUMPUR (Bernama) — Foreign investors were net sellers of Malaysian bonds in June after a 13-month streak of net foreign inflows, with the outflow amounting to RM497.1 million, according to RAM Rating Services Bhd (RAM Ratings).

“The downtick was mitigated by a more subdued inflow of RM686.2 million into Malaysian Government Securities (MGS)/Government Investment Issues (GII), less than half of the RM1.7 billion recorded in May,” the rating agency said in a statement.

“The weak foreign appetite may be partly attributed to heightened risk aversion amid rising COVID-19 infections, the extension of full lockdowns, and uncertainties on the economic and political front.

“Investors may also be repositioning their portfolios towards the US to capitalise on growing prospects of faster than expected interest rate normalisation,” it added.

“While still-positive yield differentials favouring MGS/GII should continue to support capital flows in the short term,” RAM said a strong recovery in the US could drive investors away from emerging markets that are still struggling with the economic fallout of the pandemic.