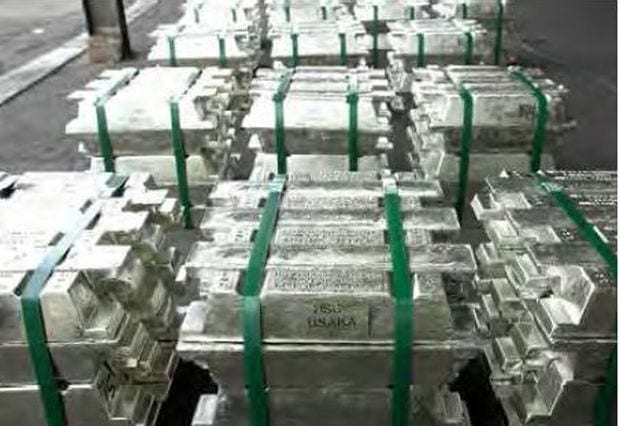 LONDON, July 7 (Reuters) – Copper may grab the supercycle headlines but it’s the tiny tin market that outperformed all other base metals in the first half of this year.

Physical tin users are paying even more, up to $2, 000 per tonne in Europe and over $3, 000 in the United States, assuming they can find anyone with spare metal to sell, according to Fastmarkets’ assessments.

Shanghai Futures Exchange (ShFE) tin prices have this week surged to the highest level since the contract was launched in 2015, suggesting that physical tightness is spreading to the world’s largest producer.

Expectations that global production would bounce back from its pandemic problems in the second half of 2021 are being rapidly adjusted.

The tin supply chain is suffering a metallic version of long COVID with renewed lockdowns in Indonesia and Malaysia affecting the world’s second and third largest producers respectively.

Malaysia Smelting Corp, which last year produced 22, 400 tonnes of refined tin, has declared force majeure after being forced to close its mining and smelting operations in early June.

The company was already struggling to meet customer shipments due to furnace problems at its older smelter. It warned in April it wouldn’t return to pre-pandemic output levels until the end of the year, a time-line that has likely just slipped again.

Indonesia, the world’s largest exporter of tin, has also been struggling to lift production despite the clear price incentive to do so. Exports slid 3% year-on-year to 26, 900 tonnes in the January-May period, the slowest pace of shipment since 2016.

Renewed lockdowns across parts of the country suggest no imminent recovery.

China has stepped into the rest of the world’s supply breach thanks to an export-friendly arbitrage window between the London and Shanghai markets.

The country exported 3, 045 tonnes of refined tin in May, the highest monthly outflow since 2007. Cumulative net exports so far this year have totalled 4, 200 tonnes, compared with net imports of 5, 800 tonnes in the same period last year. (https://tmsnrt.rs/3yw3W09)

Exports under the “other articles of tin” trade code have also surged by 60% year-on-year to 1, 800 tonnes.

Some of the refined exports have been heading to Taiwan, Singapore and Malaysia, which helps explain the recent uptick in stocks held in LME warehouses in those countries.

But much has been dispersed around the world to meet the needs of physical users. May’s total included shipments to Romania (80 tonnes), Turkey (59 tonnes), the Netherlands (50 tonnes), Italy (50 tonnes) and Poland (20 tonnes).

China’s switch to net exporter, however, appears to have tightened the domestic market, which is facing its own long-COVID production issues.

ShFE time-spreads have tightened with premiums for nearby contracts extending along the forward curve through November 2021.

Local speculators have noticed what’s going on. Market open interest has built rapidly in tandem with the rally to life-of-contract highs. (https://tmsnrt.rs/3hkxLuF)

It seems unfortunate timing for Yunnan Tin to take one of its two smelters down for annual maintenance, a supply interruption scheduled to last 45 days, according to the International Tin Association (ITA).

The company’s production has already been impacted by power-rationing due to drought in the hydro-rich province and by constraints on raw materials supplies.

Yunnan’s cluster of tin smelters source much of their tin concentrates from neighbouring Myanmar, where production and shipments are being impacted by renewed coronavirus restrictions.

A shortage of workers at mining and processing sites saw China’s imports of tin concentrates from Myanmar more than halve in May from April with cumulative flows down 9% in the first five months of 2021.

A smaller alternative stream of raw materials from Rwanda is also at risk as businesses are forced to reduce by 50% their workforces to slow the spread of the coronavirus.

The continued proliferation of supply hits means that earlier hopes things would normalise over the second half of the year already look to be wishful thinking.

The ITA is now forecasting a global supply deficit of 10, 200 tonnes this year as faltering output fails to match a demand rebound fed by the home electronics sector.

Indeed, the Association is forecasting sustained deficits in the years ahead as tin usage gets a double boost from its usage in green energy transition technologies and the coming internet of things.

Tin is literally hard-wired – via solder – into everything that uses a circuit-board. The metal is, according to Julian Kettle, senior vice president of metals at research house Wood Mackenzie “the forgotten foot soldier of the energy transition”.

“Indeed, its use in electronics has the potential to make it a kingmaker in terms of the energy transition, ” Kettle wrote in an April research note.

But only if there is sufficient supply of the metal, a real threat given the historic lack of investment in what was viewed as a niche metal until just a few years ago and the current producer trials and tribulations.

While other metals are buoyed by expectations of future tightness as the green revolution gathers pace, tin is already there.

This is a market that is already experiencing scarcity pricing, a situation that shows no signs of short-term resolution.

Relaxation of MCO in Kapit but…