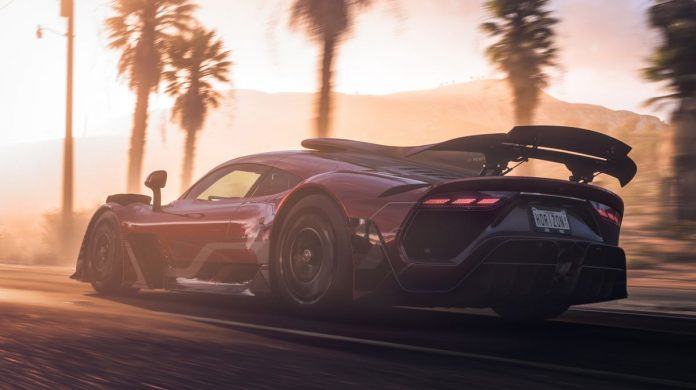 Fans of the Forza Horizon series got their first look at the next instalment during the 2021 Electronic Entertainment Expo (E3) over the weekend. Forza Horizon 5 will take players to the arid landscape of Mexico, utilising the next-generation power of Microsoft’s new Xbox Series X and S.

The open-world racing game series is known for its diverse environments that gamers can hoon in to their hearts’ desires. This latest instalment, however, pushes the boundaries with what is claimed to be the franchise’s largest game world yet, featuring deserts, rainforests, cities, seaside towns, volcanoes and even a few Mayan ruins thrown in for good measure.

These vistas have been built to microscopic detail – down to the individual needles of each cactus, developer Playground Games says. Helping to increase the level of realism and immersion are next-gen features such as high dynamic range (HDR) sky maps and ray-traced reflections in the Forzavista showcase mode, along with a new 60 FPS performance mode that delivers increased frame rates. Season changes, a feature that was introduced in Forza Horizon 4, has been revamped with new weather conditions such as dust storms and tropical rainstorms. Other new gameplay improvements include a Horizon Arcade for challenges and minigames, an EventLab for building your own races and an AI-based Forza Linc system that recognises the kinds of events you gravitate to and finds likeminded players.

Of course, a racing game is nothing without cars, and Forza Horizon 5 features probably the most highly-anticipated hypercar of the year – the Mercedes-AMG One. The trailers give us our first look at the Formula 1-engined road racer in production form, albeit still covered in camouflage as a Forza Edition car. One can spot the fan-like shrouds on the centre-lock wheels, which we haven’t seen before. Aside from the One, there are a number of other brand new cars, such as the Ford Bronco, Land Rover Defender and Porsche Taycan. There’s also a few off-road race machines in the mix, including a Safari-style Porsche 911 that took class victory at the 2017 Mexican 1000, as well as the Bronco R that raced at the Baja 1000. Playground Games is also promising new customisation options for cars and drivers alike.

Forza Horizon 5 will be available in Standard, Deluxe and Premium versions, with the latter getting an Early Access release on November 5; the other variants will go on sale on November 9. The game will also be available on the Xbox Game Pass subscription service and will be offered with a Premium Add-On bundle that includes the Early Access release. Aside from the consoles, the game will also be offered on PC.

Why are asylum seekers being sent to Rwanda and how many could go?

What is circular urban planning and could it help us reinvent the city?