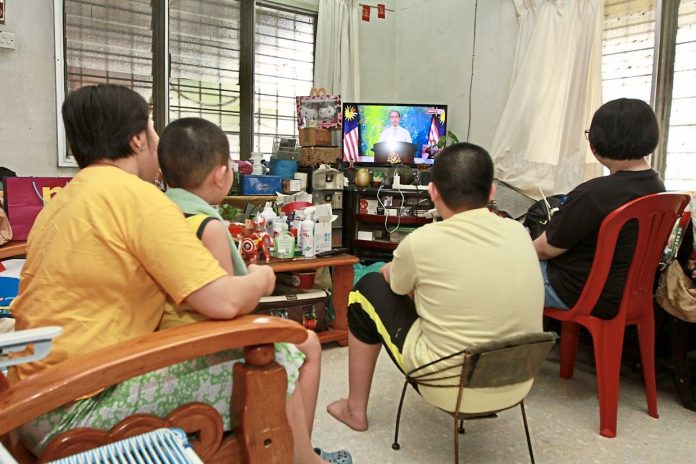 PETALING JAYA: Malaysia’s timeline to open up the economy and social sectors will be divided into four progressive phases of the National Recovery Plan as the people strive to reclaim their freedom from the Covid-19 pandemic.

Prime Minister Tan Sri Muhyiddin Yassin said the country could return to normalcy by the year end if everything went to plan.

“By the fourth phase of the plan, we will return to our normal daily lives. By then, all economic sectors will be allowed to operate, more social activities will be allowed and interstate travel and domestic tourism can also take place under strict SOP, ” he said in a televised address yesterday.

The transition between one phase of the National Recovery Plan to the next will depend on threshold indicators centred on a drop in daily cases and a rise in vaccination rates.

Muhyiddin said the plan was now in its first phase with the current lockdown in place, with daily new cases still high and vaccination rates low.

If cases drop below 4, 000 and about 10% of the population is fully vaccinated, the recovery plan will move on to Phase Two provided that the country’s healthcare system is not at a critical level and intensive care unit (ICU) occupancy rates fall to medium level.The second phase of the plan will see the domestic economy gradually reopening and 80% of workers allowed to work on premises compared to the current 60%.

The positive list of companies allowed to operate during Phase One of the plan will be extended to Phase Two, but with a few more sectors added such as cement manufacturing for the construction sector and the sale of computers and electronics to support the needs of those working from home.

But some sectors under manufacturing, construction, retail and services will remain closed such as textile and furniture production.

Muhyiddin said more sectors would be allowed to operate under Phase Three, but the transition could only take place after the number of infections had dropped below 2, 000 and the healthcare system was at a comfortable level with enough beds available in ICUs.

About 40% of the population should have received two doses of the vaccine before the recovery plan moves into the new phase.

“In Phase Three, all manufacturing activities will be allowed but they will be subject to capacity limits and SOP compliance.

“However, some activities that are deemed high risk because they involve large gatherings, such as conventions, and places where physical distancing will be difficult such as pubs, spas and beauty salons will remain closed,” Muhyiddin said.

Schools and sports activities will also gradually be allowed in Phase Three.

Muhyiddin said Parliament sessions were also expected to reconvene in Phase Three of the plan with strict SOP compliance.

He said the transition to the final phase of the plan could happen when the number of new cases had dropped to below 500 and the healthcare system was at a safe level with enough beds in ICUs.

Additionally, 60% of the population should be fully vaccinated, which Muhyiddin said could happen by the end of October as forecast by the National Immunisation Programme.

He added that the National Recovery Plan was a dynamic one and transitions could happen if the three main threshold indicators were achieved.

“We owe it to Malaysia to fight the threats that this pandemic poses to our collective future together. We must remain steadfast and resolute in our commitment to fight and win this war against Covid-19.

“We must never waver, and defeat is just simply not an option.

“I am cautiously optimistic that with proper planning, execution and support from all Malaysians, we can emerge victorious and stronger from this crisis, ” he said.

Rugby: Rugby-South Africa eager to take on Wallabies and All Blacks

Jalan TAR in KL to be closed every Saturday in April