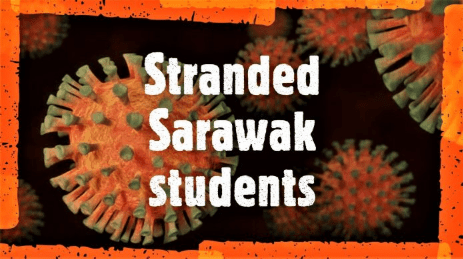 Lika Doris Guang, 24; Dally Angkang Joseph, 25; Siti Noraziera Ramlee, 24, and Betty Bulan Ambrose, 24, have been in the state for nearly a month now after they followed their friend Siti Afifah Aina Shukri, 23, home at Kampung Bator in Jelawat here on March 19.

Speaking to Bernama, Siti Noraziera said they decided to come here as it was only a one-week semester break and the flight ticket to return to Sarawak was also expensive.

“We did not expect the MCO would cause us to be stranded here this long,” she added.

The MCO is currently in its third phase and is scheduled to end on March 28.

“They are not allowed to return to Sarawak due to MCO and have been staying for far too long with their friend. That is why we have to move them to Bachok IKTBN.

“Currently, all students are away for holiday and the cafe is closed, so we are trying to provide the necessities to these students,” he said.

He called on members of the public to donate in cash or in-kind for the students during their stay on campus.