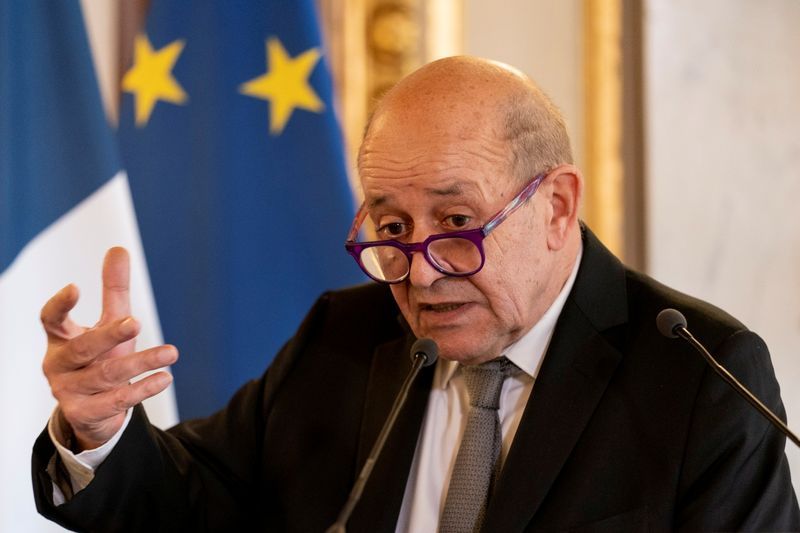 PARIS (Reuters) – France’s foreign minister told his newly-appointed Iranian counterpart in a telephone call that it was urgent for Tehran to return to nuclear negotiations immediately, the French foreign ministry said in a statement on Wednesday.

“The minister underlined the importance and the urgency of an immediate resumption of negotiations, interrupted by Iran since June,” the foreign ministry said after the conversation between Jean-Yves Le Drian and Hossein Amirabdollahian.

Le Drian expressed his concern with regard to all the nuclear activities carried out by Iran in violation of a 2015 nuclear deal with world powers. Iran has gradually violated limits in the agreement since Washington abandoned it in 2018.