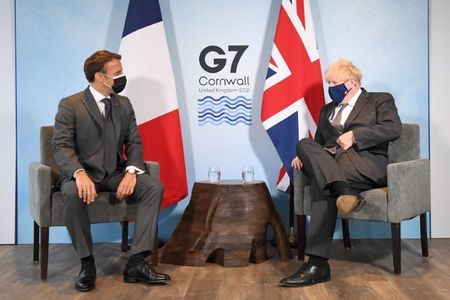 “The president said that Toulouse and Paris were part of a single geographic area and that Northern Ireland was on an island,” the Elysee Palace said after Britain’s Telegraph newspaper reported that Macron had suggested Northern Ireland was not part of the United Kingdom.

“The president wants to highlight that the situation was quite different and that it wasn’t right to draw this kind of comparison,” the Elysee said.

“He reminded (Johnson) that the UK’s exit from the EU was a British decision and that it was necessary to stick to the word given,” the Elysse said. “The President then steered the conversation back to the key issues of the G7.”

Let’s work in the direction of bettering all elements of our day by day...