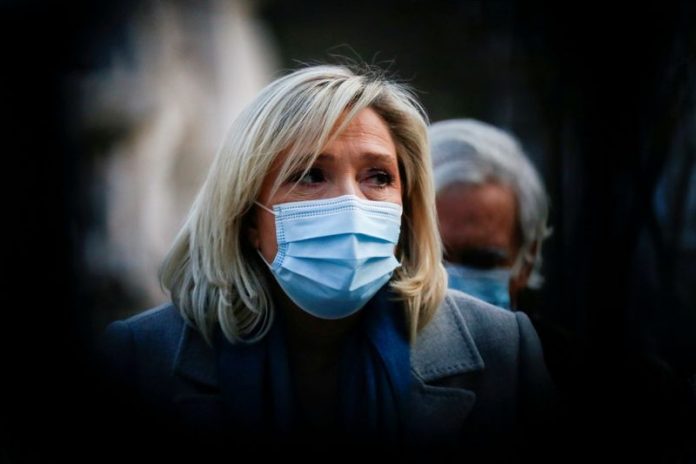 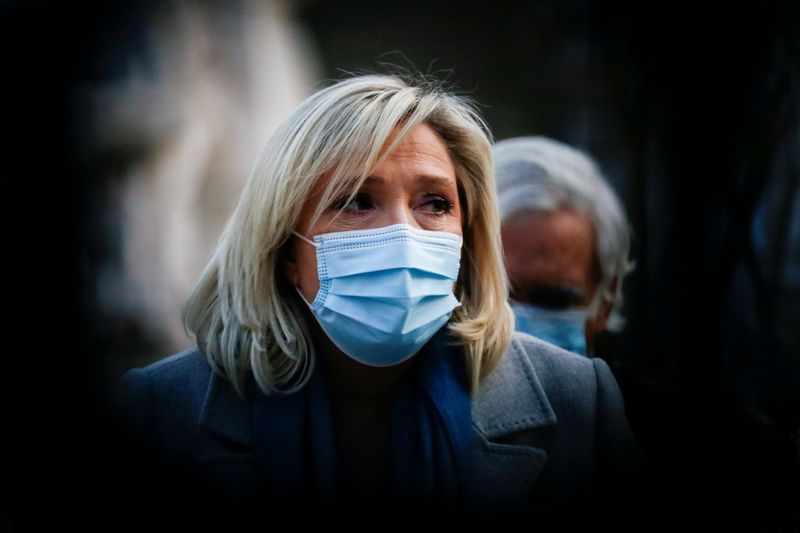 WATTRELOS, France (Reuters) – Abdel Denfer gave up on France’s traditional political groups and shifted his support to Marine Le Pen’s far-right party after a group of Roma were allowed to reside on land near his home.

The pensioner complained the Roma had been a nuisance, burning tires, quarreling with one another and upsetting locals. Their presence was the final straw, he said, after years of broken promises by a political elite that no longer listened.

He lives in the Hauts-de-France region, worrying about crime and job opportunities for youngsters, both reasons why the deindustrialised and rural north is a far-right stronghold.

“Enough of being on the podium for the region with the highest unemployment, of our voices not being heard,” Denfer said, driving through Roubaix, a deprived town near the Belgian border where vines pushed through boarded up red-brick houses.

Living in a region scarred by industrial decline, Denfer voted socialist for years before dallying with the centre-right. In Sunday’s regional elections, he will cast his ballot instead for Le Pen’s Rassemblement National party.

For Le Pen, the vote is a test of her credibility and her success in detoxifying her party’s image and eating into the mainstream right’s vote ahead of a 2022 presidential election.

The far-right, which runs some ten town halls including the southern city of Perpignan, has never controlled a region, which come with multi-billion euro budgets and responsibility for economic development, high schools and transport.

Polls show the Rassemblement National, founded as the Front National by Le Pen’s father, ahead in six regions but likely to face a wave of alliance building and tactical voting in the second round to keep it out.

The party’s best chance lies in Provence-Alpes-Cote d’Azur, the southern region encompassing the glitzy Riviera and Marseille’s rough banlieues, where immigration drives the right-wing vote. But the north provides a snapshot of the frustration nationwide at rising crime, job insecurity and an aloof elite.

Victory in a regional contest would boost the credentials of a party perceived by a growing number as less dangerous to democracy than a decade ago, said Brice Teinturier, an analyst with pollster IPSOS.

“The more the French see and know far-right voters, the less reluctant they will be to do it themselves,” Teinturier said.

Le Pen maintains her tough stance on security, Islam and immigration but has softened her vitriolic attacks on Europe, dropping her call for an exit of the euro single currency.

Her campaign to woo traditional mainstream voters comes at a time the electorate is wheeling to the right, but for many French voting for the far-right remains unimaginable. Denfer said his brother no longer spoke to him.

In the northern city of Lille’s shopping district, several young voters said their contemporaries increasingly talked of Le Pen as a serious and capable candidate.

“There’s more and more talk of Le Pen among my age group,” said 19-year-old university student Marieke Vandermeersch. “It’s worrying. I don’t agree with the far-right’s views and the fact that their ideas are taking root here, where I live, scares me.”

Polls show the Rassemblement National securing about 26% of the vote in Sunday’s first round, similar to its score in 2015. That year, a determined ‘front republicain’ – rival candidates forming alliances to block Le Pen and tactical voting by citizens – prevented the far-right from wining a single region.

It is less clear how solid that front will be now as the parties jockey for position ahead of 2022 and the boundary between the mainstream right and far-right becomes more blurred, analysts say.

In the northern town of Wattrelos this week, the far-right’s lead candidate Sebastian Chenu distributed fliers lampooning the incumbent conservative’s record on safeguarding factories and jobs. He expressed optimism the far-right would conquer its first regional authority.

“Glass ceilings are there to be punched through,” he said.

Everything Our Paid Team Learned From Attempting a Reddit Advertising Strategy

Does a lectin-free diet improve your health in any way?