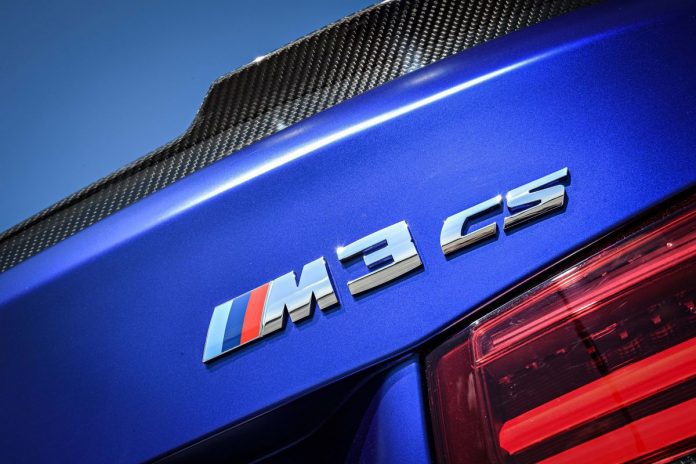 Good news if you are wishing that the G80 BMW M3 was offered with even more performance focus, as BMW is said to be already developing a CS variant for the latest generation of the M3, writes BMW Blog.

The CS moniker denoting uprated variants of the M3 as well as its M4 sibling have appeared on the past F80 and F82 generations, respectively, with the M2 CS and M5 CS joining the pack further along. In all cases, the CS variants build upon the ‘standard’ versions with more power and less weight, the latter through the use of carbon-fibre.

In the case of the G80 M3, the performance sedan has been launched in standard and Competition guises, the latter producing 510 PS and 650 Nm from its 3.0 litre turbocharged inline-six cylinder engine, or 30 PS and 100 Nm more than that offered from the standard version. The rumoured, forthcoming CS version will further increase those figures.

In addition to the M4 CS, the M2 and M5 have also spawned CS variants

The added performance will likely also be harnessed by uprated chassis and braking components as with the previous M3 CS, which brought uprated M compound brakes as well as lightweight suspension parts. Exterior bodywork can be expected to differentiate the CS from its rangemates, which included exposed carbon-fibre spoilers on the F80 M3 CS and F82 M4 CS, and a carbon-fibre roof can also be expected for the upcoming version.

Its cabin will also be differentiated from the standard and Competition variants, and if the F80/F82 CS variants are benchmarks, one can expect plenty of Alcantara along with ‘CS’ branding around the cabin. The more recently introduced M5 CS takes the cabin differentation a step further, omitting the middle rear seat to accommodate just two occupants in the second row.

Of course, with performance being the objective of the M3 CS, the M4 is a more than probable candidate as well. Both the forthcoming M3 CS and the possible M4 CS – should they be confirmed – are likely to be limited-run models, as the F80 M3 CS and F82 M4 CS were, with runs of 1,200 units and 3,000 units respectively. Would you have one of these over the ‘regular’ M3 and M4 Competition?

Covid-19: No plans to tighten SOPs for Kaamatan but enjoy responsibly, says Masidi