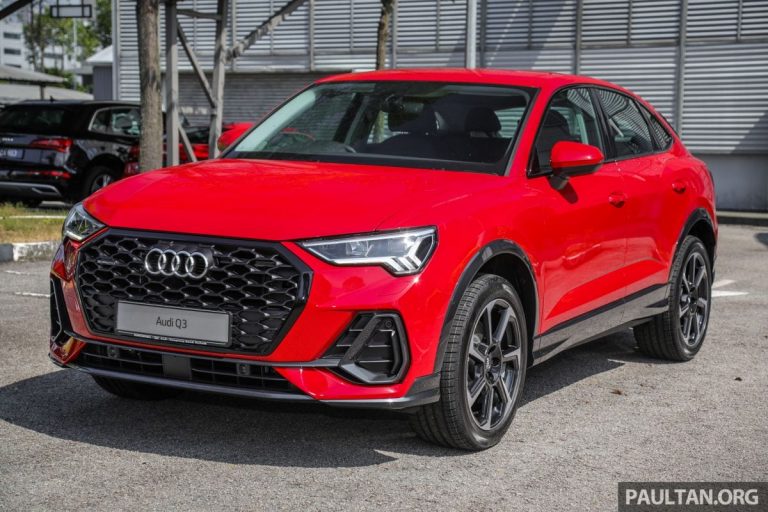 Motive power comes from a 2.0 litre turbocharged four-cylinder petrol engine that produces 180 hp at 3,900 to 6,000 rpm, and 320 Nm of torque between 1,400 to 3,940 rpm. A seven-speed S tronic dual-clutch transmission is standard, sending drive to all four wheels via Audi’s quattro AWD system.

The Q3 Sportback will sprint from standstill to 100 km/h in 7.8 seconds before topping out at 220 km/h. The rated combined fuel consumption is 8.1 litres per 100 km. 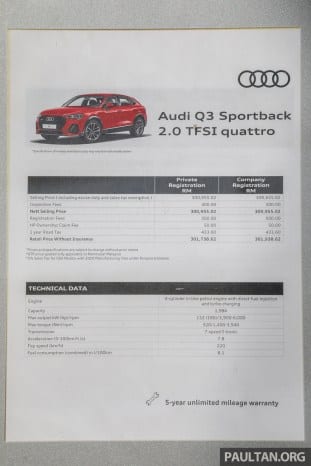 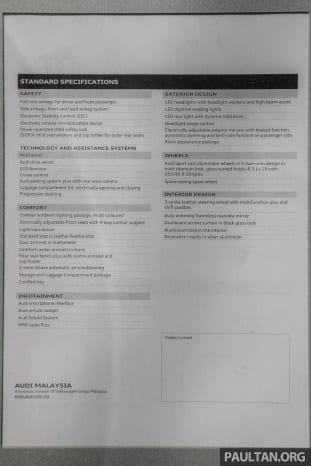 Finally, safety-wise, it gets passive cruise control, Audi parking system, rear-view camera, and the customary set of ABS with EBD and ESC systems. Unfortunately, it doesn’t get autonomous emergency braking (AEB), which is a key feature that will soon be offered as standard across BMW Malaysia’s product line-up.