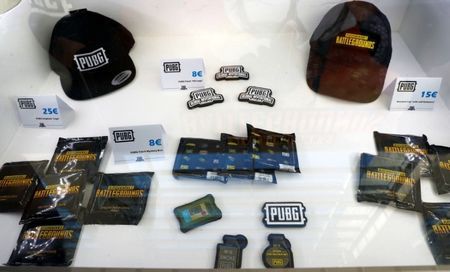 SEOUL (Reuters) – Krafton Inc, the South Korean company behind blockbuster video game “PlayerUnknown’s Battlegrounds”, said on Wednesday its IPO would raise up to 5.6 trillion won ($5 billion) at the top of an indicative range, which would be a record for the country.

At the top of the range, this would be South Korea’s largest listing, beating Samsung Life Insurance’s 4.9 trillion won IPO in 2010.

The pricing is expected to be decided in the coming weeks.

Krafton’s online multiplayer war-fighting game PUBG has sold 25 million copies on PC and game consoles, becoming one of the fastest-selling games since its launch in 2017.

The company is also expanding to areas such as web-based cartoons, movies and animation, and developing a deep learning, AI business model targeting consumers.

South Korea is experiencing its hottest IPO market on record with analysts expecting at least 20 trillion won to be raised in 2021, or about four times above 2020 levels.