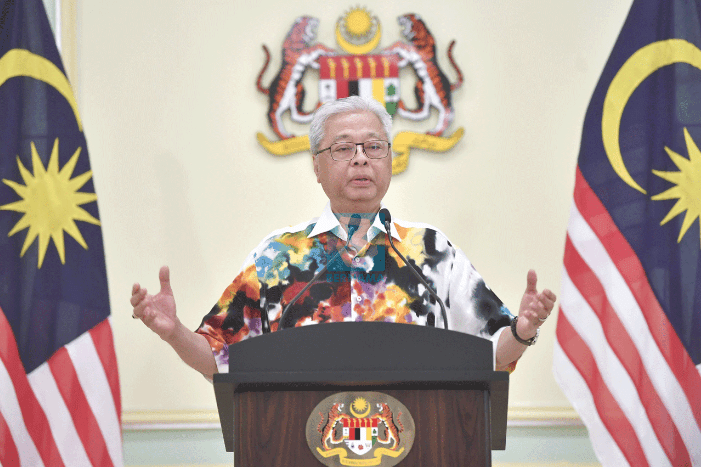 KUCHING: Any forms of gatherings, whether social or sport-related, will not be allowed even after the Movement Control Order (MCO) is lifted, said Senior Minister (Security Cluster) Datuk Seri Ismail Sabri Yaakob.

He said people across Malaysia would not be allowed the usual movement prior to the enforcement of the MCO on March 18 even after the extended MCO ends on May 12.

“Even after the MCO is lifted, it does not mean the people can move around or gather like usual or before the MCO was enforced.

“There will be other SOP (standard operating procedures) to be introduced and enforced (after the MCO is lifted), and the people must comply with it (the SOP),” he said in response to questions posed during the daily update press conference in Putrajaya today.

Ismail Sabri said the government had already come up with the SOP about gatherings being banned.

“When you talk about football games, they involve not just one player but there must be a team. And the football field itself will see at least 22 people.

“And this football is not like badminton where you play a single game and will not come into contact with the player across the badminton court,” he explained.

He added that football players easily came into physical contact with others during a game.

“Based on the SOP we already have, we cannot allow this to happen,” he stressed.

Ismail Sabri, who is Defence Minister, said gatherings involved a group of people would not be allowed even after the MCO is lifted next month.

“MKN (National Security Council) is determining the SOP now. We will not allow gatherings even after the MCO is lifted, and this depends on how long the SOP will take effective,” he added.