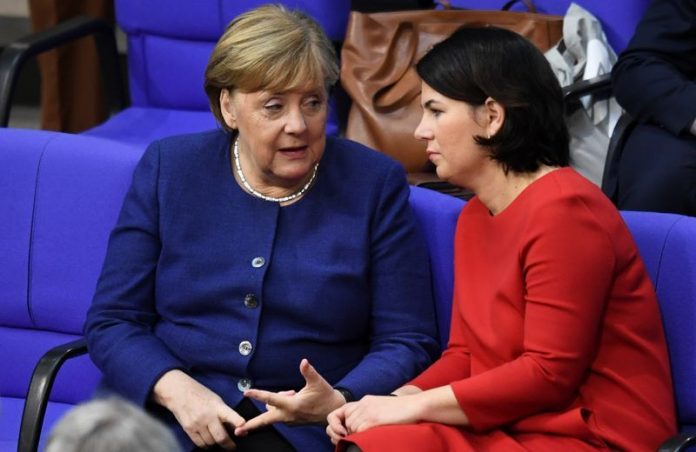 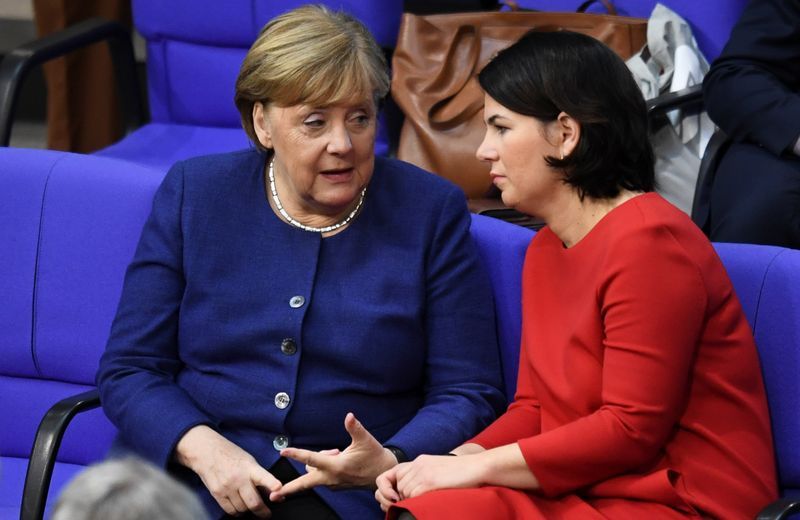 BERLIN (Reuters) – Chancellor Angela Merkel’s conservative alliance has extended its lead over the Greens, two polls showed on Wednesday, as the ecologists’ campaign to take the chancellery for the first time stumbles ahead of September’s federal election.

The Greens surged ahead of the conservatives in polls in late April after they picked Annalena Baerbock as their candidate to run for chancellor, with her pitch for a “new start” capturing voters’ imagination.

But a regional election setback, a bonus payment scandal and a controversial suggestion that Germany should arm Ukraine have since hurt the ecologists, who now have the left-leaning Social Democrats (SPD) closing in on them in polls.

A survey by pollster Forsa for broadcasters RTL and ntv put support for the conservatives up one point from a week ago at 28%, with the Greens slipping one point to 21%. The SPD and the business-friendly Free Democrats (FDP) were on 14%, the far-right Alternative for Germany on 9% and the leftist Linke on 7%.

At stake is the future direction of Germany, Europe’s largest economy and kingpin in its ties with Russia. With Merkel set to bow out after the Sept. 26 election, Germany’s policy path hinges on whether the Greens or conservatives win.

The conservative alliance of Merkel’s Christian Democrats (CDU) and the Bavarian Christian Social Union (CSU) aims to use the presentation of its manifesto next Monday to freshen up its image and widen its lead over the Greens.

Greens leaders concede they have endured a difficult patch. At a weekend conference to agree their election manifesto, Baerbock lost her thread during a speech and, on leaving the stage, muttered a profanity when her microphone was still live.