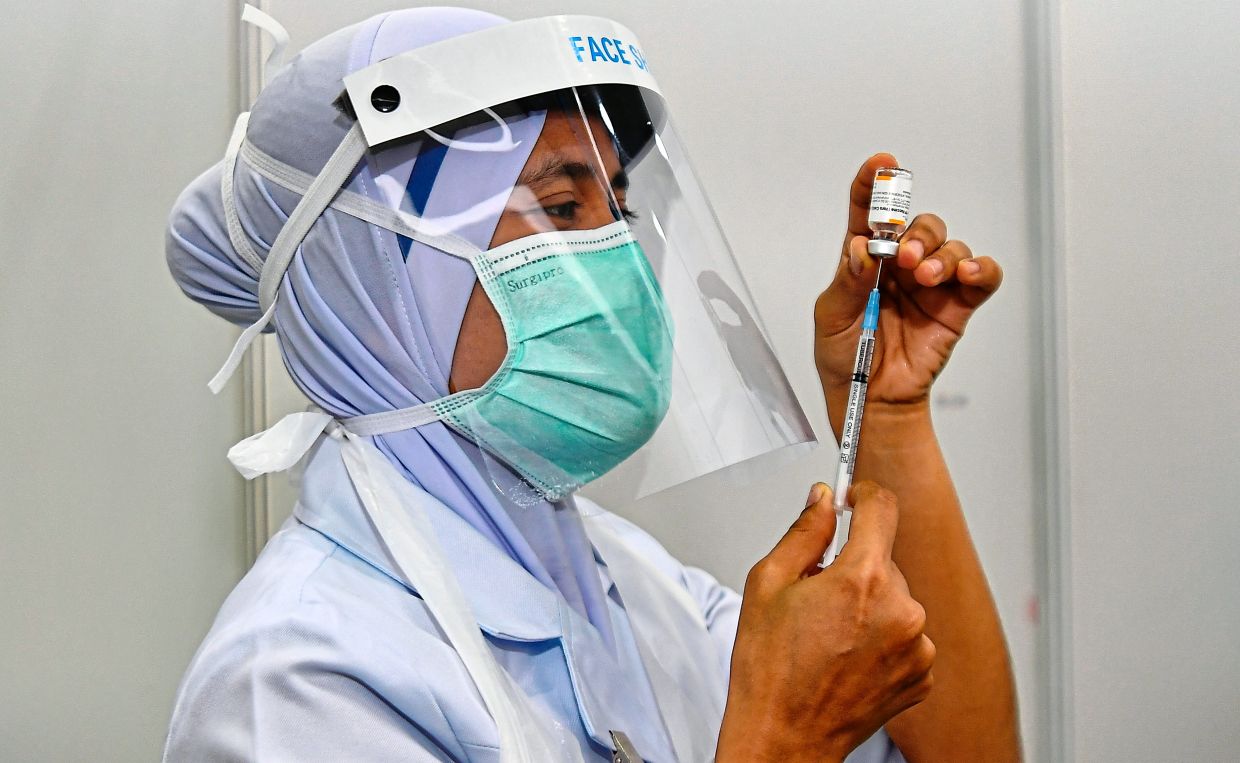 PETALING JAYA: Before deciding on whether to make Covid-19 vaccinations mandatory, health experts and former health ministers urged the government to first look into vaccinating those who are already in the programme and to also educate the public on its benefits.

Former health minister Datuk Seri Dr S. Subramaniam said that under the National Immunisation Programme (NIP) that has been established since independence, vaccinations for numerous other diseases such as polio, measles, diphtheria, tetanus and others have been on a voluntary basis.

Yet, more than 95% of Malaysians have been vaccinated for most of these diseases despite inoculation not being mandatory, he pointed.

“The uptake of vaccinations among Malaysians is still large although there is still a small sector of anti-vaxxer groups, ” he added.

Dr Subramaniam said he believes that the hesitancy towards the Covid-19 vaccine is not due to the influence of anti-vaxxers but the fear of the vaccine’s side effects.As such, he said rather than attempting to make Covid-19 vaccination compulsory, it was much more important for the government to go on a massive campaign to allay people’s anxiety and apprehension.

Dr Subramaniam added that giving people the option to choose their vaccine and creating situations where a vaccination certificate becomes essential for an individual to seek certain kinds of benefits, would also help increase the uptake.“I’m quite hopeful we would be able to vaccinate 80% of the population as what the government has targeted.

“It could be achieved without making it compulsory as long as we make the information clear and give greater clarity to people to get rid of unwanted fears, ” he said.

Malaysian Medical Association (MMA) president Datuk Dr M. Subramaniam also said it would be better to provide vaccinated individuals with more freedoms – for example, the freedom to travel outstation or overseas – as incentives.

“The government should also make it easier and more convenient to get vaccinated by improving the MySejahtera app and making the vaccines more widely available through increased private healthcare participation in the vaccination programme.

“MMA is confident more general practitioners will come on board once the system improves.

“More information on safety and efficacy of the vaccines also needs to be disseminated to the public to address the issue of anti-vaxxers, ” he added.

International Islamic University Malaysia public health specialist Asst Prof Dr Mohammad Farhan Rusli said the government should clear the backlog of individuals who have yet to receive their vaccinations before exploring whether it should be made mandatory.

He added that the onus was on the government to ensure that with increasing vaccine registration, there are enough doses to be dispensed.

To reach herd immunity, Dr Mohammad Farhan pointed out, the current registration of around 13 million people must be doubled.

“The question we should be asking ourselves now is why there is a low rate of uptake, ” he said.

“Are there really 15 million Malaysians who do not want to get the vaccine? Or is there another reason why this is the case? Have we ensured that vaccine hesitancy has been addressed?”

Dr Mohammad Farhan suggested it might be worth exploring giving people taking the Covid-19 vaccine incentives such as allowing the use of public transport, flying on aircraft or entering government premises.

Selangor Covid-19 Task Force chairman Datuk Seri Dr Dzulkefly Ahmad said it may not be wise to make Covid-19 vaccination compulsory right now, as the government should focus on ensuring that there are enough vaccines to inoculate those who are already registered in the programme.

He added that based on a survey done with a sampling size of 250,000 people, 65% had expressed their interest in getting the vaccine, while 17% were hesitant and 18% had absolutely rejected the vaccine.

With the de facto Religious Affairs Minister Datuk Dr Zulkifli Mohamad Al-Bakri having already issued an edict that vaccination against Covid-19 is “mandatory” for Muslims, especially those with comorbidities, Dzulkefly said this would automatically ensure that around 40% from the high-risk comorbidities group would take the vaccine.

Dzulkefly, who is also a former health minister, said the concern now is convincing those who are still hesitant.

“We have to understand the backdrop to vaccine development which has been on ‘warp speed’ and rather unprecedented, where it has triggered a lot of concern and anxiety, ” he said.

“So, it is also important to take into consideration all these factors.”

He added that if there are enough vaccines to get everyone vaccinated, people should then be given the choice to “opt-out” of the vaccination programme.

The “opt-out option”, he said, would take care of those who reject the vaccine outright.

Besides that, he added, it would also provide a choice to those who willingly want to opt out of it, for reasons only known to themselves or to their doctors, as this may have legal implications as well, if vaccination was made mandatory for all.

“If it is made compulsory, there will be punitive measures that come with it for non-compliance.

Several countries around the world have made Covid-19 vaccinations mandatory, one of which is Indonesia.

Italy has made it mandatory for all its healthcare workers.

The Saudi Arabian government has made it mandatory for all public and private sector workers before they return to work, and the United Arab Emirates has made it a must for those who want to attend live events.

Ukraine war: The referendums shunned by Kyiv and the West