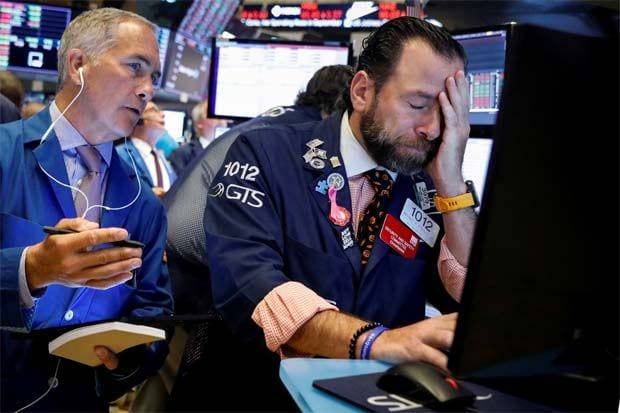 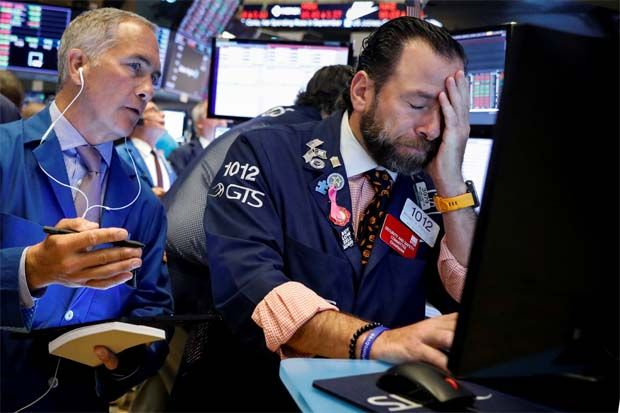 NEW YORK: U.S. stock prices fell while bond prices and the euro firmed on Thursday as investors pared exposure to risk and headed for safety amid a cloudy outlook for the pace of economic recovery.

But stocks came off of their early declines even as worries about Beijing’s crackdown on foreign-listed Chinese firms also took a toll on equities.

Bond prices, meanwhile, rose strongly, sending interest rates down to 1.2496% on the 10-year U.S. Treasury note during the session. But bonds gave back some of the gains later.

Investors are beginning to discount the view that reflating economies will force rates significantly higher this year, and instead adjust to the idea of lower-for-longer rates for now.

“The reflation trade is shocked but not dead, ” said Jim Vogel, interest rate strategist at FHN Financial in Memphis, since rates will eventually have to rise.

“People have been persistently too optimistic because the first four months of year were just gangbusters-good, ” he said.

Investor optimism about the pace of recovery is being tempered after months spent overlooking some bearish economic signals. Unusual items that boosted core U.S. inflation data last month, for example, may have made inflation and growth appear more robust than it was.

Also raising concerns for investors: political tensions in the Middle East, Russia and China that can distract the Biden administration from its domestic agenda, and lessen the focus on domestic policies such as the U.S. infrastructure bill. Also, debate looms about raising the U.S. debt ceiling.

Meanwhile, a reading on Thursday on the number of Americans filing new unemployment claims provided another indication that the job market recovery from the COVID-19 pandemic continues to be choppy.

The U.S. Federal Reserve on Wednesday dispelled fears of an imminent monetary policy tightening, but confirmed views that such talk could begin next month.