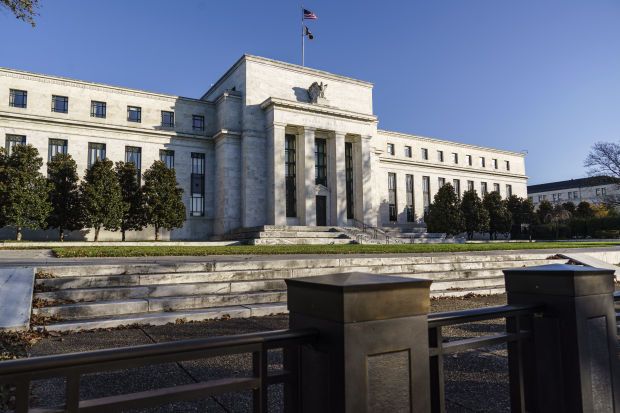 WASHINGTON: Global stock markets were mixed on Monday, U.S. Treasury yields ticked up and gold slid as investors prepared themselves for an upcoming Federal Reserve meeting and any clues on the trajectory of its unprecedented monetary stimulus.

Yields on benchmark 10-year U.S. Treasuries rose slightly to 1.495%, after falling to a three-month low of 1.43% on Friday, a dip experts pegged to positioning and a watchful eye on the global pandemic.

“While it’s not entirely intuitive to us, we understand the move to be a combination of positioning, peak liquidity and renewed concerns about COVID as the U.K. pushes back its latest steps toward re-opening,” said Stephanie Roth, senior markets economist at JPMorgan Private Bank. “We are not surprised to see choppy markets ahead of Wednesday’s FOMC. Investors are wondering… whether the Fed will hint at tapering.”

The recent uptick in inflation data heightens the stakes for the Fed’s upcoming policy-setting meeting, which will be followed by a news conference by Chairman Jerome Powell. Analysts said the central bank will have to tread a fine line, laying out its strategy for exiting an unprecedented era of pandemic-spurred accommodation without spooking investors.

“The Fed’s messaging this year will be critical; the Fed needs to convey its intention to wind down ultra-accommodative policy, but at the same time convey that it has no intention of abruptly tightening policy, a fine line that could easily be miscommunicated,” wealth management firm Glenmede cautioned in a client note.

The prospect of a return to economic normalcy put gas into oil prices, which hit their highest levels in more than two years. Brent rose 34 cents to $73.03 a barrel by 12:56 p.m. EDT (1656 GMT). Earlier in the session, it reached $73.64 a barrel, its highest since April 2019, boosted by the economic recovery and anticipated demand growth as vaccination campaigns accelerate.

In currencies, the U.S. dollar dipped slightly on Monday after logging its largest weekly change in over a month.

The dollar index, which tracks the greenback versus a basket of six currencies, fell 0.058 point or 0.06%.

The yen stood little changed at 109.92 yen, while the British pound changed hands at $1.4108, near the lower end of its trading range over the past month.

Bitcoin has bounced back somewhat after Tesla Inc CEO Elon Musk tweeted that the electric carmaker could reopen the door to bitcoin transactions in the future. It was last bought at $40, 140.

In Cape Verde, ocean waste is being turned into bags and bracelets