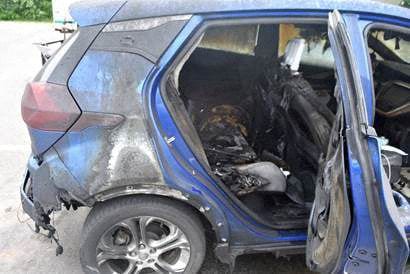 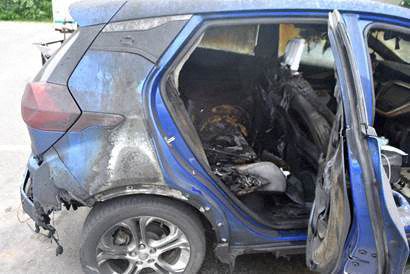 General Motors on Wednesday warned owners of its Chevrolet Bolt to park the electric vehicle outside and not leave them plugged in overnight after two of the cars caught fire.

The incidents involved vehicles that had been fixed following a November recall of nearly 51,000 Bolts in the United States due to a fire risk, the automaker said.

“Out of an abundance of caution, we are asking owners of 2017-2019 Chevrolet Bolt EVs who were part of the recall population to park their vehicles outdoors immediately after charging and not leave their vehicles charging overnight while we investigate these incidents,” GM said in a statement.

“At GM, safety is our highest priority, and we are moving as quickly as we can to investigate this issue.”

According to news reports, one of the recent fires occurred in Vermont and another in New Jersey.

The National Highway Traffic Safety Administration (NHTSA) opened an investigation in October into the fire hazard involving the high-voltage battery pack underneath the rear seat of the Bolt, after confirming five incidents where cars ignited even when turned off.

The agency at the time told owners that “the safest place to park them is outside and away from homes.” – AFP

April parking sticker in S’kan valid till end of May

Mexican president has cardiac catheterization, health said to be good