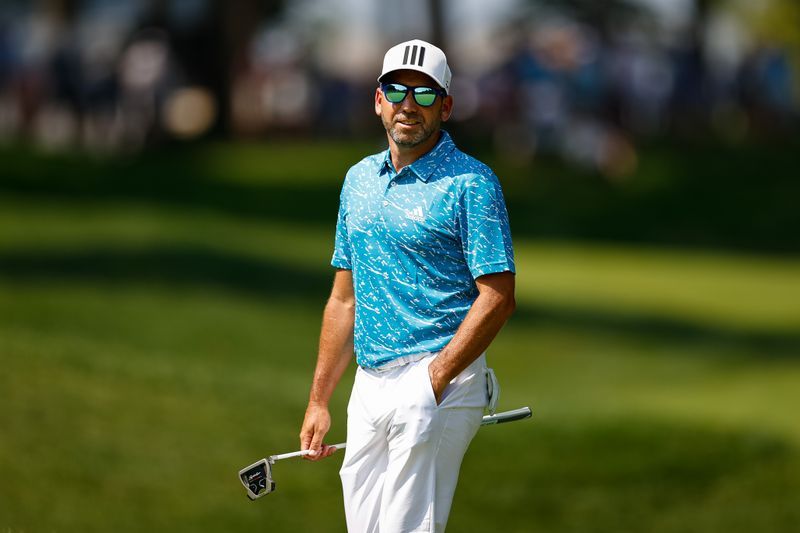 KOHLER, Wisconsin (Reuters) – Sergio Garcia may not be able to pin down the precise reason for his Ryder Cup success but the Spaniard said on Tuesday he knows the exact moment he realised he wanted to represent Europe in the biennial team competition against the United States.

The 41-year-old Garcia said he was watching a Ryder Cup practice round in 1995 at Oak Hill in Rochester, New York, when compatriot Seve Ballesteros offered him a feel for one of the most compelling events on the golfing calendar.

“I remember Seve grabbed me under the ropes, and I think I walked — I think it was the 12th hole and we were talking a little bit and he was explaining things to me. So that was obviously amazing. Took a picture and stuff,” Garcia told reporters at Whistling Straits.

“Then I remember walking to the international pavilion and saw some of the European crowds just singing, and the energy that I felt, I remember as a 15-year-old I was there and I was like, I have to be a part of this at some point in my life.”

Ballesteros, winner of five major championships and one of the sport’s most successful and charismatic players, died of a brain tumour in 2011.

Garcia has blossomed into Europe’s all-time leading points scorer and, thanks to being named one of Padraig Harrington’s three captain’s picks, will make his 10th Ryder Cup appearance this week at Whistling Straits where play begins on Friday.

Garcia has not always arrived at the biennial competition in top form but seems to flip a switch when the action starts and has compiled a 22-12-7 overall record in Ryder Cup play. Still, Garcia was unable to explain his Ryder Cup success.

“Obviously, the excitement that I get when I come into the Ryder Cups, it’s something that I can’t describe. I can’t tell you what happens, but it happens. It’s just love for it.”

(Reporting by Frank Pingue in Toronto, editing by Ed Osmond)