MyWinet Daily News at Your Fingertips
Home English News Golf: Golf-I did all I could, says Spieth, after Open near miss 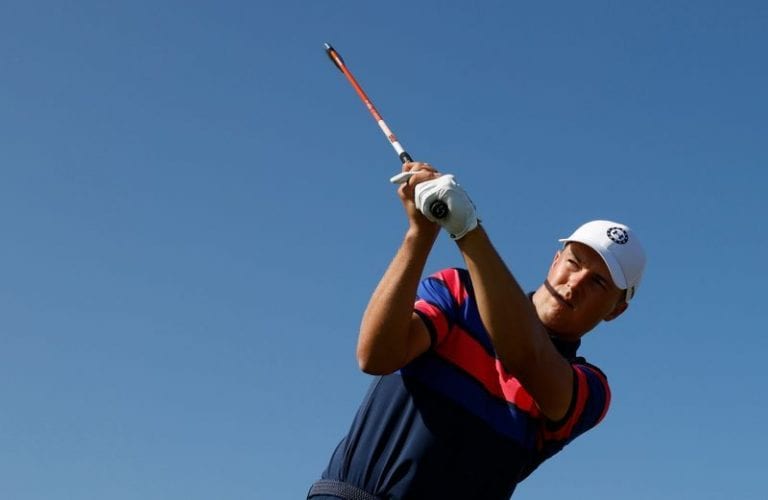 SANDWICH, England (Reuters) – Jordan Spieth said he had done everything he could to end his long wait for a fourth major after falling just short in a thrilling final day of the British Open on Sunday.

The Texan ended up in second place, two shots behind compatriot Collin Morikawa who produced a bogey-free final round to claim his second major title.

Spieth had begun the day in third place but two bogeys in his first six holes, following on from bogeys on the last two holes of his third round on Saturday, ultimately cost him the chance of repeating his 2017 Open win.

After eagling the seventh hole he led the chase of Morikawa but all to no avail.

“I’m proud of going six-under in the last 12 in this golf tournament and putting some pressure on Collin,” he said.

“From what I’ve heard, he made a big par save on 10, made a putt up the ridge on 14 and a par save on 15. I needed a break, and I didn’t get it from him. I did everything I could in the past few hours to win this championship.”

Spieth said his bogey-bogey finish to his third round the night before, including missing a tiddler on 18, had left him “wanting to break something”.

Crucially it meant he was not playing in the final group on Sunday — a position he has thrived on in the past.

“When you’re the last to come in you’ve got the last chance on 18, and I think that’s the easiest place to come from, especially when it’s easier conditions,” Spieth said.

The 27-year-old paid tribute to Morikawa’s coolness under pressure, especially as unlike his first major win at the 2020 PGA when there were no fans because of COVID-19, this time he had to stay calm with 32,000 lining the fairways.

“His other wins had come with little to no crowds, then you step in to 35,000 and holding a lead down the stretch, I think is really impressive considering — not only his first Open Championship, but given the timing of when he’s been out here.

“He spent a year, year and a half of that in essentially a crowdless environment. It’s harder with big crowds. You feel it more. I think that’s impressive.”