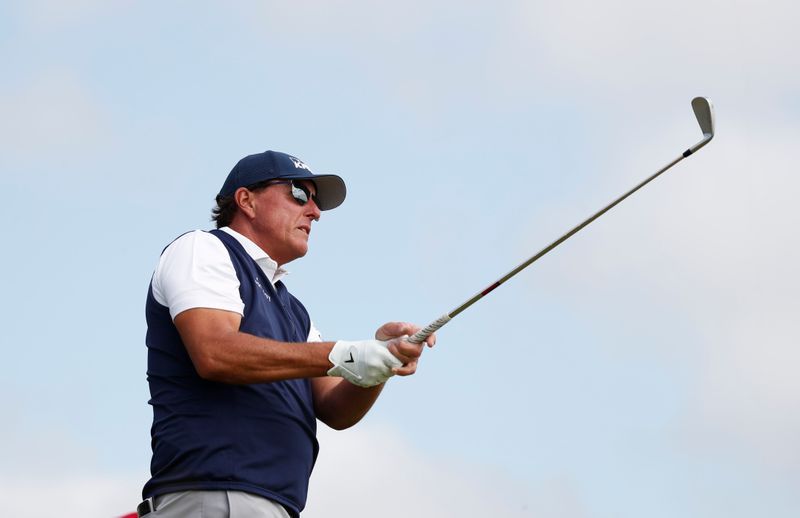 SANDWICH, England (Reuters) – Six-times major champion Phil Mickelson was among an illustrious list of players who failed to make the cut at the British Open on Friday.

American Mickelson, who became the oldest major champion when he won this year’s PGA Championship at the age of 50, followed up his dismal 10-over-par first-round 80 with a 72 at Royal St George’s to miss the cut at one over by 11 shots.