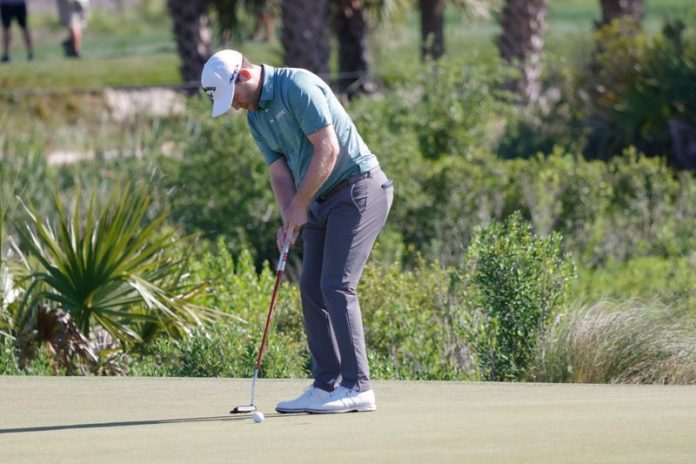 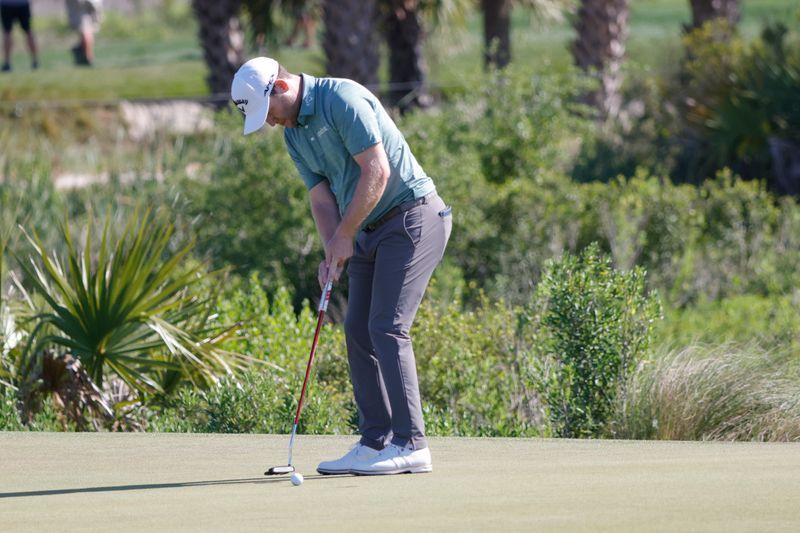 A flawless start sent South Africa’s Branden Grace rocketing up to the top of the leaderboard, with two birdies in his first seven holes after carding a solid, two-under par 70 in the first round. His compatriot Christiaan Bezuidenhout was just one stroke behind after an eagle on the par-five seven.

Canadian Corey Conners’ overnight lead eroded as he stumbled into five bogeys in the first six holes starting off the back nine, with a pair of birdies the only remnant of his effortless, five-under par first-round performance.

Competitors were given a brief respite from the course’s wind-whipped conditions, but the wind picked up as the morning wore on, as competitors enjoyed sunny and mild 74 degree Fahrenheit (23 Celsius) weather.

Elsewhere on the day, world number three Jon Rahm’s early stellar play – with two birdies to start the day – turned disastrous as he landed in the water on 17 for a double-bogey.

(Reporting by Andrew Both; writing by Amy Tennery; Editing by Hugh Lawson)

Chicken and egg supply to stabilise in four months

Politicians shouldn’t manipulate those who don’t have all the facts over retiring ferries, says...