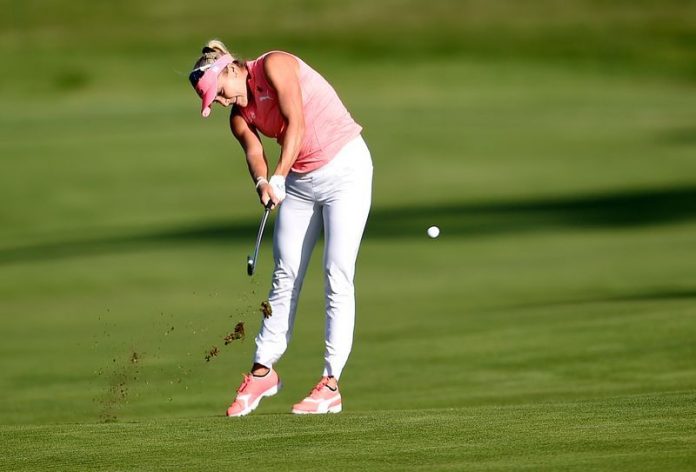 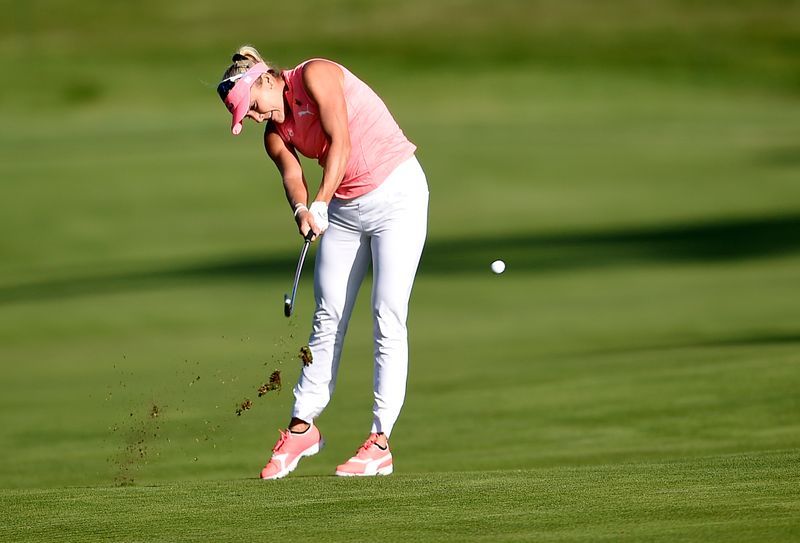 SAN FRANCISCO (Reuters) – Lexi Thompson on Saturday said the biggest change in her improved game has less to do with how she is swinging the club and more to do with her mental approach.

The American, who played her first U.S. Women’s Open when she was 12-years-old, carded her career low round at the tournament with a bogey-free 66 to sit 18 holes away from winning her second major title and first since 2014.

She said her more relaxed and patient approach to the game is paying off, but added that it takes effort to get there.

“Easier said than done. ‘Oh, just be happier.’ It takes a lot of hard work,” the 26-year-old told reporters.

The 11-time winner on the LPGA Tour said she has been working with coach John Denney to improve her mental approach after she realized she was taking the game too seriously.

“I’ve been … really focusing on the good in my life and the blessings. To be out here is a blessing, honestly.”

The fan favorite took time to sign autographs between holes at San Francisco’s Olympic Club this week and said she has a renewed appreciation for her fervent supporters.

“COVID didn’t help with no fans out here, but I love playing in front of people and seeing those little kids and hearing the chants, it brings me happiness and a reason to play golf again,” she said.

Thompson goes into Sunday’s finale with a one-stroke lead over Yuka Saso and despite the added pressure, she said she will stick to what has been working for her.

“For me, it’s no different of a mindset going into

“Same mindset of just playing my game and focusing on one shot at a time and wherever that takes me, it does.

“I’ve been working extremely hard on my game and the mental side, but seeing the progress in my game, I’m just going to take that and run with it.”

Other Sports: Tokyo cancels public viewing sites, some to be vaccination centres