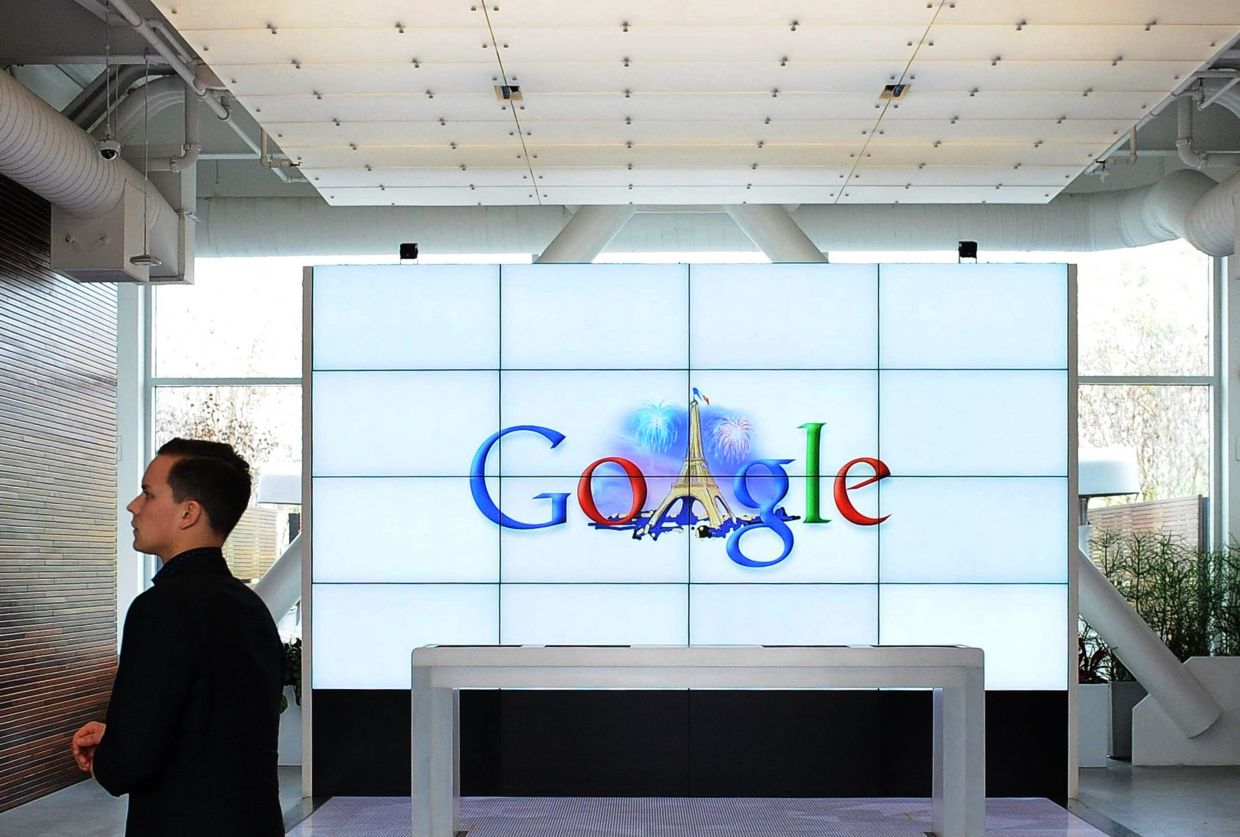 Alphabet Inc’s Google made a rare surrender to French and UK regulators last week when it offered global changes to its ad sales and tracking practices, marking a turning point in Europe’s long effort to rein in the search-engine giant.

The move could prompt other enforcers around the world to follow that example after years of inquiries and megafines by the European Commission haven’t changed Google’s behaviour.

“Obtaining a settlement is likely to be a roadmap for other regulators,” said Zach Meyers, a research fellow at the Centre for European Reform, a London-based think tank.

The French antitrust settlement targeted Google’s dominance over the digital ad market, which up to now has been largely overlooked by regulators who have made scant efforts to open the world’s largest machinery selling ads across the web to competition.

That business generated US$23bil (RM94.67bil) in revenue for Google last year and grew 30% during the first quarter. Separately, the UK said last week that Google had offered to let it oversee changes to ad tracking.

Google’s concessions, if accepted by regulators, may shut down French and British probes even as it’s facing unprecedented regulatory action across the globe, including US lawsuits and investigations. The actions follow more than US$9bil (RM37.04bil) in fines from the European Union that haven’t done much to help smaller rivals gain ground.

“Fines get us nowhere,” said Andreas Mundt, the president of Germany’s Cartel Office, in an interview. “The cases that have made a difference, that have had an impact on the markets, these were cases with substantial remedies or with substantial commitments from the company.”

Unlike smaller ad-tech companies, Google owns major pieces of the online ad market. It runs an ad-buying service for marketers and an ad-selling one for publishers, as well as a trading exchange where both sides complete transactions in lightning-fast auctions.

These exchanges operate like online stock-trading platforms with an automated bidding process. Competitors and publishers have complained that Google leverages parts of this vast network, like its ad exchange, to benefit other areas and kneecap rivals.

In the settlement with France, Google pledged to end the privileged access to data it enjoys, agreeing to give other companies information on the minimum bid within an ad auction.

The changes “will make it possible to re-establish a level playing field for all players, and the ability for publishers to make the most of their advertising space”, Isabelle de Silva, the head of the French competition authority, said in a June 7 statement.

In a blog post, Maria Gomri, Google’s legal director for France, laid out the changes, writing that Google will “reaffirm our promise” to avoid using data from other publishing platforms to improve its ad auction bids or share information on transactions before auctions.

While Google claimed to have already barred such practices, rivals have criticised it for using data that it has access to as a participant on all sides of the market to improve margins.

A Google spokeswoman said that the company will apply two of the changes globally. The first will allow publishers to have more control over ad pricing on what Google deems “sensitive categories”, such as religion and reproductive health.

The second involves “header bidding”, an automated system the ad industry created to get around Google’s tight control. Header bidding is designed to increase the money web publishers, including news outlets, can get for their ad real estate by offering their inventory to multiple ad exchanges. With more bids from the widest array of sources, rates go up.

Google had previously not disclosed data to participants in header-bidding auctions because they didn’t take place on its platform and the company said it couldn’t identify all of the parties. Now Google says that it will provide ad buyers equal access to information about the minimum bid needed to win auctions, from its Ad Manager product.

A Google spokeswoman said that these changes would go into effect globally “due to how the ad technology works”, declining to explain further.

Some advertising experts think this could help by letting companies that run rival ad-publishing services, such as PubMatic Inc and Magnite Inc, win more auctions. “This allows for everyone to compete equally,” said Bob Walczak, an ad-tech veteran and consultant. “This is a positive announcement for everyone but Google.”

Dimitrios Katsifis, a lawyer who filed a complaint with the French authority for News Corp, which has been a vocal Google opponent on multiple continents, was less certain, saying “only time will tell” whether helping publishers use a rival ad server to access Google’s ad exchange in real time would lower their costs.

The company’s move to apply some changes globally might show “Google is doing so to appease, or even preempt regulators in other countries looking at these issues”, Katsifis said in a blog post.

The impact of the changes is hard to measure. Google doesn’t disclose details about its ad-tech business, such as the fees it collects and the exact amount it pays out to web publishers. “It would be imperceptible,” said Brian Wieser, global president of business intelligence at ad agency GroupM. “We don’t even know how big the business is.”

The concessions Google is making in the UK could end another probe into its so-called privacy sandbox initiative, where it will phase-out third-party cookies that allow advertisers and publishers collect information on how people behave online. If Google’s offer is accepted, the UK’s Competition and Markets Authority says it would oversee the changes and set limits on how the company could use and combine customer data for advertising.

Google “will continue to engage with other regulators, industry partners and privacy experts” on its plans, the company’s lawyer Oliver Bethell said in a blog post.

The European Commission is already gathering information about Google’s advertising technology business, which is also the target of a lawsuit brought by states led by the Texas attorney general. Germany is wrapping up its own inquiry into the advertising industry.

“Advertising markets are at the core,” Germany’s Mundt said. “With the French decision, we have taken a huge step. There might be other things to look at,” he said. – Bloomberg

‘No Time to Die’ wastes no time topping US box office