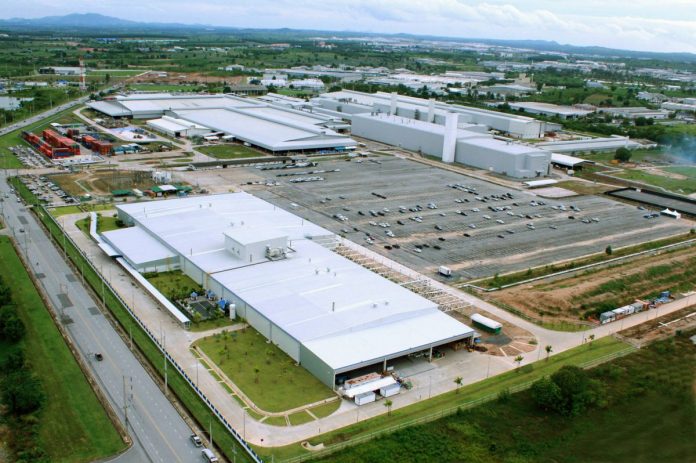 Great Wall Motors (GWM) has great plans for Thailand and the greater Southeast Asia region, with several new models being promised and a new plant nearly ready for production. The latter, a “smart factory” in Rayong, is due to open on June 9 with the commencement of Job 1, or the building of the first car.

The facility was previously owned by General Motors before it exited the ASEAN region and sold the plant to GWM. The latter then spent 22 million baht (RM2.9 million) on upgrading the plant, bringing in state-of-the-art production technologies such as powertrain tech and automated production systems – including artificial intelligence and robotic technologies – from China.

According to Bangkok Post, GWM took just seven months to get the factory ready. Around 60% of its output will be for the domestic Thai market, while the other 40% is earmarked for exports to other right-hand drive ASEAN countries and Australia. “The Rayong factory will have a production capacity of 80,000 units per annum. It will serve as the production base for right-hand-drive vehicles in this region,” GWM said. A company representative told the daily, “The factory will first produce a GWM sport utility vehicle named Haval.” While the report didn’t specifically state the model, we do know it will be the H6 – after all, deliveries of the new third-generation model are due to kick off this month, the hybrid model having already made its world premiere in the Land of Smiles earlier this year.

The company also has big plans for electric vehicles, which it plans to build in Thailand starting in 2023. As yet, however, it is unclear if its EVs, which include the Ora Good Cat, Black Cat and White Cat, will roll out from the “smart factory” or from another facility.

The “smart factory”, claimed to combine high-tech machinery with digital solutions, is exactly the sort of plant being promoted by Thailand as part of its plans for the fourth industrial revolution, emphasising technological advances and high-level services, said GWM ASEAN and Thailand president Elliot Zhang earlier. Additionally, GWM said it will support Thailand by “enabling the Thai automotive industry to make its mark in the international market, especially in the EV segment.” The country has been swamped by companies looking to build EVs, their components and associated infrastructure to take advantage of tax breaks. These include companies not usually affiliated with the automotive industry.

The latest of these is state-owned company PTT, which announced a collaboration with Taiwanese iPhone maker Foxconn last week to build EVs and parts for the Thai market. Overall, the National New Generation Vehicle Committee is targeting 50% of Thai vehicle production to be electric by 2030.