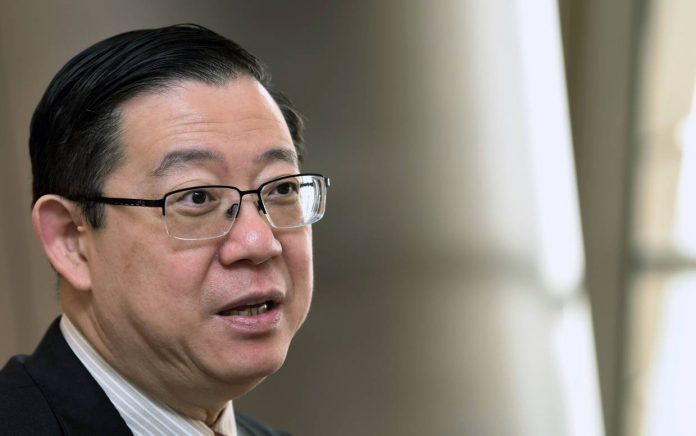 KUALA LUMPUR: A witness in Lim Guan Eng’s corruption trial revealed that Consortium Zenith Beijing Urban Construction Group Sdn Bhd (CZBUCG) had the highest score in the request for proposal (RFP) stage out of the eight companies shortlisted for a project involving three roads and a tunnel in Penang.

“As far as I know, CZBUCG was recommended by the technical and finance committees because they fulfilled all the conditions of the RFP.

“Following that, the state tender board certified and agreed to appoint CZBUCG because they received the highest scores in their technical and financial assessments.

“This decision was later brought to the state exco meeting for approval,” he told the Kuala Lumpur Sessions Court on Thursday (July 15).

He added that the state government had held two pre-qualification exercise briefings in 2011 on Nov 29 and Dec 14, prior to the RFP stage which was attended by a total of 60 companies.

Hock Seng said that after the briefings, 11 companies sent in their pre-qualification documents and out of that, eight companies were short-listed to the RFP stage including CZBUCG, which was formed following a merger between Zenith BUCG, Juteras and Sri Tinggi.

In his testimony on Wednesday (July 14) Hock Seng said Guan Eng had instructed him to contact BUCG representatives in January 2011.

A memorandum of understanding (MoU) was also signed between the Penang state government and BUCG in Putrajaya as a symbol of interest to build a five-kilometre tunnel at the cost of RM10bil.

Guan Eng, 60, is facing four corruption charges involving the construction of an undersea tunnel and paired roads project in Penang.

For the first amended charge, the Bagan MP is charged with using his position as then Penang chief minister to corruptly receive RM3.3mil to help a company owned by Zarul to secure the undersea tunnel and paired roads project in Penang worth RM6,341,383,702.

The offence was allegedly committed between January 2011 and August 2017 at the Penang chief minister’s office.

For the second amended charge, Guan Eng is charged with soliciting 10% of profits from Zarul to help the company be appointed for the same project.

Guan Eng was charged with committing the offence near The Gardens Hotel, Lingkaran Syed Putra, Mid Valley City here in March 2011, between 12.30am and 2am.

The former finance minister was also charged with two counts of causing two lots of land owned by the Penang state government worth RM208.8mil to be disposed of by the developer linked to the undersea tunnel project.

Ismail Sabri: Not an offence if you don’t update health status on MySejahtera but...